Home Featured Stories Nepal trims down number of projects under Belt and Road Initiative with... 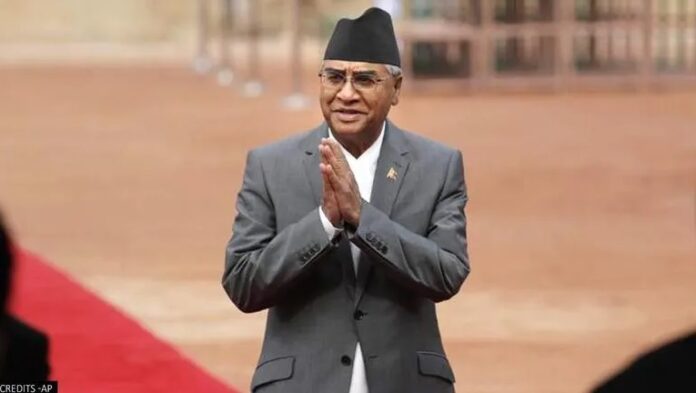 The Kathmandu Post has reported that Nepal has trimmed down several projects under Belt and Road Initiative (BRI) with China.

The agreement, that was signed between the two countries five years ago, has been hindered by political and ideological reasons as per a report.

“We had a slow start. It took time to select projects and then we trimmed down the number of selected projects from 35 to nine,” said Pradip Gyawali, who served as foreign minister in the Oli Cabinet.

“As we were working on the project implementation plan and its framework, the pandemic hit, and the entire priority was shifted,” he told The Kathmandu Post.

The newspaper quoted officials familiar with the matter saying that the reason behind slashing the projects was the unhappiness with the fact that projects under the BRI were funded mostly with loans which Nepal did not prefer.

According to Mrigendra Bahadur Karki, an associate professor at the Tribhuvan University, “Nepal has a long experience of taking loans from multilateral agencies like the World Bank and the Asian Development Bank, among others, where interest rates are low and payback periods are long.”

A senior divisional engineer at the Department of Railways in Nepal, Aman Chitrakar, who is also a point person for the cross-border railway with China, told the Post that “China is still battling COVID-19 so work for conducting the feasibility study on Keyrung-Kathmandu railway has yet to begin in the field.”

“Some of the Chinese cities are grappling with Covid so their work has been affected. That’s why they could not deploy the manpower. There are immense technical challenges given the topography. We need an in-depth study to ascertain various prospects before taking forward this project.”

Denying that the BRI cooperation between China and Nepal has ”bogged down,” Chinese ambassador to Nepal Hou Yanqi said “On the contrary, it has become a road of hope that bolsters resilience and boosts confidence.”

“I would like to point out that the BRI has never been a geopolitical strategy, but a road of development.”

“Government changes are natural in democratic countries and it is their internal matter. However, a change in policies with the change in the government is a cause for concern.”

“If BRI projects can be implemented through loans only, then we should convince the Chinese that we cannot afford high-interest loans. Nepal should sit down and talk with China to find a new funding modality,” former Nepali envoy to China, Rajeshwar Acharya told The Post.

“It may take some time but negotiations are the only way to a better deal. Not all loans are bad. We also should carefully study the terms and conditions of such loans. And, we should also give final touches to the implementation plan for the projects which we had initiated under the BRI,” said Gyawali.

“The Deuba government is giving very mixed and confusing signals regarding finalising the text of the implementation plan, and flatly told the Chinese that Nepal prefers grants, not loans. So I think given the current situation, BRI negotiations will be delayed.”

“Definitely the Nepal-China cross border railway was proposed by China with the Indian market in mind, because Nepal with a country of just 30 million people cannot cater to the objectives of the BRI. But India has strong reservations about the BRI and termed it a strategic, political and economic tool to expand the Chinese clout,” said Karki.

“Now that the Deuba government too has conveyed that it is not interested in loans. So I don’t see any possibility of BRI projects moving ahead at least until the general elections.”

‘I was hit by four bullets,’ says Imran Khan in first address to nation...

Ways to get Someone You like Back in The Heart

The right way to Text a Foreign Woman