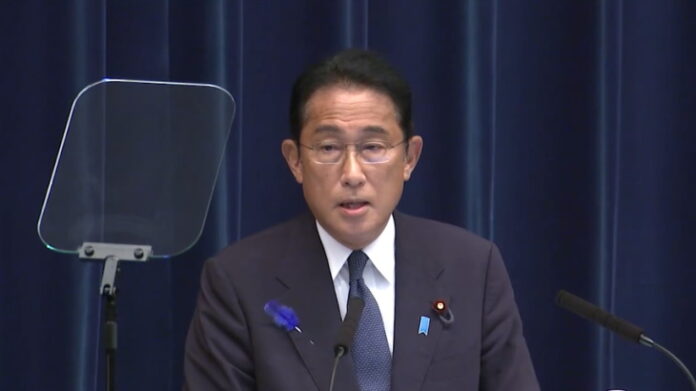 Tokyo Electric Power Co.’s Kashiwazaki-Kariwa nuclear plant in Niigata Prefecture, one of the largest nuclear plants in the world. TEPCO is pushing to restart two reactors there. (Asahi Shimbun file photo)
In a major policy shift, Prime Minister Fumio Kishida on Aug. 24 directed a government panel tasked with finding ways to move to a carbon-neutral society to consider the development and construction of next-generation nuclear reactors.

If the government decides to add new reactors, it would represent a major turning point in the country’s energy policy since the triple meltdown at the Fukushima No. 1 nuclear power plant in 2011.

Kishida told the green-transformation council to present a report on its conclusions by the year-end.

Th council was formed last month to examine ways to achieve decarbonization by 2050, identifying challenges that the government should tackle as a top priority for the next 10 years.

Kishida told the council at its first meeting in July that the panel should specify nuclear energy-related areas that require political consideration to achieve a stable supply of power and gas in the nation.

At the council’s Aug. 24 meeting, Kishida also told members that the government plans to bring seven more nuclear reactors back online from next summer, in addition to the current fleet of 10 reactors that have restarted.

The successive Japanese governments since the Fukushima nuclear disaster have adhered to the policy of reducing the nation’s reliance on nuclear energy.

While pushing for restarts of nuclear plants, Kishida had ruled out until recently the construction of nuclear reactors and replacing aging ones, a proposal pushed by pro-nuclear forces within his Liberal Democratic Party.

“We are not anticipating it at this stage,” he said.

Reactors are allowed to operate for 40 years under the law and for a maximum of another 20 years if they are certified as fit for the extended service.

Japan would be eventually left with no reactors to generate electricity unless new plants or replacement reactors are built.

If the government pivots to building new reactors, that would mean Japan would be relying on nuclear energy for many decades to come. This scenario could draw a public backlash since the nuclear disaster heightened concerns about the safety of nuclear facilities.

How to Maintain Successful Charming Marriages

The United states Black movie Festival Unites 10,000+ Movie Lovers for each week of...

Well-known Places With respect to Dates in Denmark

Online dating Foreign Women – Tips on how to Impress The...

Romantic Places to Visit in Colombia