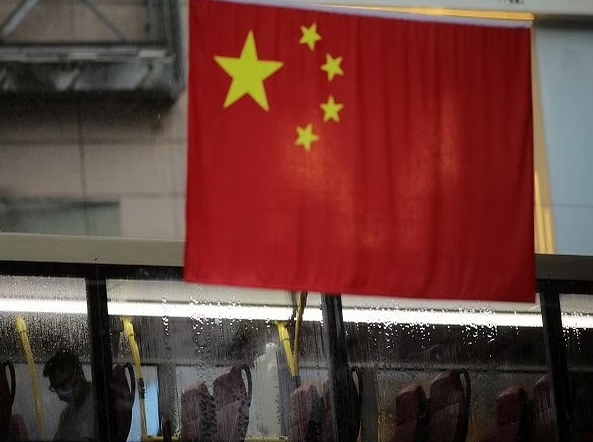 Beijing [China], August 24 (ANI): Owing to the deep recession in China’s property market, the inability of ailing property developers to convince homebuyers has left new cracks emerging in China’s financial system, setting off fresh worries in Beijing and beyond.
Thousands of homebuyers who have been waiting years for developers to finish apartments they have already paid for joined forces last month to boycott payments on their mortgages, alarming authorities who quickly moved to try to suppress online discussion of the movement.

This, in turn, followed a drive, by depositors unable to recover funds from four rural banks in Henan province to noisily demand that local officials get back their money, provoking authorities to use COVID travel controls to restrict the protesters’ movements, Nikkei Asia reported.
Both events point to a shortage of capital and severe problems in China’s property market and deeper problems ahead for the country.
China’s real estate industry accounts for around 30 per cent of the country’s economy. The inability of ailing property developers to convince people to keep up with their mortgages points to a severe decline in one of China’s key growth drivers.

Andrew Collier, who served as the president of Bank of China International USA, writing for Nikkei Asia said that without the property sector, China’s economy is likely to continue to sputter.
China is busy chasing new growth opportunities like semiconductor production and artificial intelligence, but these industries cannot replace the property industry because they will take years to become profitable, he added.
The property market downturn is also weakening consumer demand across other industries. President Xi Jinping has made rebalancing the economy away from industry toward consumption a linchpin of his economic program, on the notion that too much investment has been going into industry.

However, with 70 per cent of household wealth tied up in the property market, a continuing downturn will stress consumer balance sheets, Andrew Collier noted.
Consumers feeling less wealthy with their primary investment no longer rising rapidly in value will spend less on other things. This will further stress the country’s service sector, already reeling from the impact of the pandemic, and see the economy tip further away from consumption.
Another dynamic is not going according to Beijing’s plans. Its response to the property downturn has been to rely on the financial resources of local governments who now issue their own bonds, earn most of their revenue from local land sales, and are being asked to step in to help both mortgage holders and defaulting property companies.The growing responsibility of local governments in the face of tightening economic conditions will alter the balance of power between Beijing and the provinces. This change of financial responsibility, if not actual political power, is likely to continue with the downward economic spiral.
Meanwhile, the power of state-owned enterprises is growing. Given the current uncertainty, many banks prefer to lend to state-owned developers in the knowledge they have government backing, which should ensure their borrowings are eventually repaid.
This has caused prices for the bonds of private developers to tumble while state-owned developers’ bonds have remained steady. This reaction to the cash flow problems of the property industry is understandable but also ominous for the country’s private sector.

A number of temporary fixes have so far kept the property crisis within bounds, containing the direct financial fallout.
China has 4.2 trillion yuan (USD 616 billion) of mortgage loans outstanding, amounting to just 1.3 per cent of total bank loans. Some 974 billion yuan of bank loans are linked to troubled property developers, according to S&P Global Ratings.
As a result, developer defaults themselves have the potential to raise the amount of soured bank debt by just 1.2 per cent, according to J.P. Morgan estimates.
Such defaults then should not destabilize the market. The bigger problem is the systemic risk that could be caused by WeChat chatter that might drive more property buyers to stop paying their mortgages, inciting wider fears of a market collapse, Collier wrote.
He highlighted that the leadership in Beijing is busy juggling many agendas and does not have a single clear-cut strategy.
“There is talk of a government bailout fund but only modest central government funding so far. There have been pleas to reopen lending for property developers, but the central bank favors continued restrictions on credit flowing their way. Local governments are being asked to fund bailouts of specific projects in their regions but are begging for central government support. Steelmakers face bankruptcy meanwhile, even as some developers are saved from collapse,” he added.
Collier further wrote that various economic and political forces are competing for control. An obvious outcome is slower economic growth, with the outlook for 2023 looking even worse as global demand shrinks due to rising interest rates and the Ukraine war.
“China has no easy solutions at hand to its economic problems, and the government’s policies are merely encouraging a retreat to the state sector and the continued misuse of credit. Though this has not yet reached a crisis, the country will be juggling the consequences of the property downturn for many years to come,” he concluded. (ANI)

How you can Create Catchy Online Dating Taglines

Signs and symptoms That He Wants a Relationship

“It Isn’t You. It Really Is Myself.” What if it Really is You?

How you can find a Foreign Star of the wedding