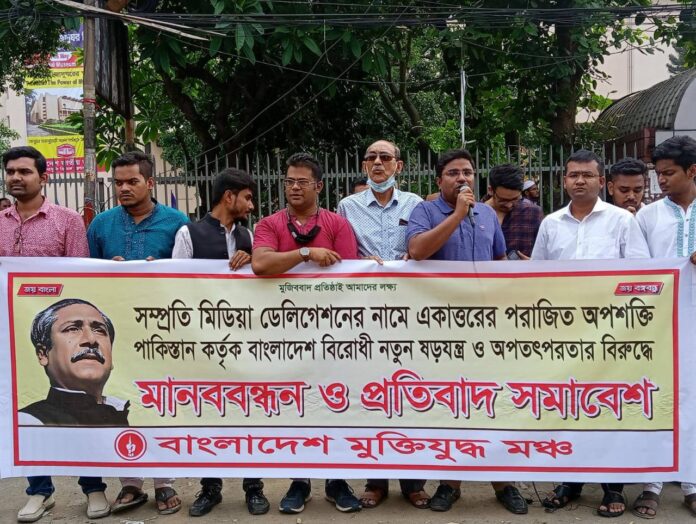 Dhaka [Bangladesh]: The Bangladesh Muktijoddha Mancha on Saturday staged a protest against the Pakistan High Commission for allegedly sending agents in the guise of a media delegation to Bangladesh.

This protest was held in front of the National Museum in Shahbag between 3 and 4:30 pm on Saturday.

Apart from promoting the terrorism and fake currency racket in Bangladesh, Pakistan has also done mass killings in the 1971 war, killing Bangabandhu, a grenade attack on August 21, involvement in a PHC diplomat in undiplomatic practices in 2015, and, the Pakistan cricket team’s audacity of hoisting Pak flag in Bangladesh during a practice session last year.

Around 200 participated in the protest human chain, while it was attended by around 1000 passers-by and onlookers, near Dhaka University. This demonstration was covered widely by local media.