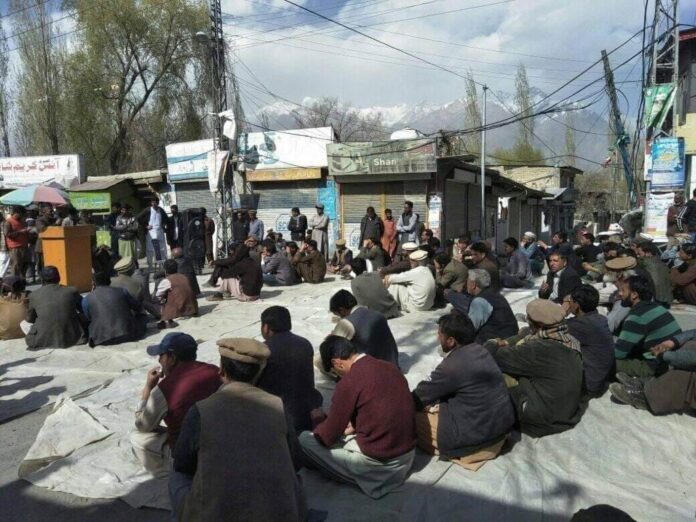 Muzaffarabad: While registering their protest against the decision of the federal government to impose heavy cuts in the budgetary grants of Pakistan Occupied Kashmir (PoK), the members of the cabinet and parliamentary secretaries of the region decided not to present the 2022-2023 budget.

The meeting of the members was presided by PoK Prime Minister Sardar Tanveer Ilyas. As per an official press release, Ilyas said that the federal government was imposing budget cuts on the territories of PoK and Pakistan Occupied Gilgit Baltistan. Notably, both the regions are currently being governed by former Prime Minister Imran Khan-led Pakistan Tehreek-e-Insaf (PTI).

Echoing a similar sentiment, the Legislative Assembly Speaker Chaudhry Anwarul Haq said that budgetary cuts would leave a “negative impact” on the region.

The meeting decided to raise its voice in unison on the issue of budget cuts, the press release said. Additionally, the PoK Minister for Local Government and Rural Development Khawaja Farooq Ahmed also accused the federal government of showing “bitter enmity” against the people of PoK and Gilgit Baltistan through the imposed cuts on the region’s budget.

Speaking to a Pakistani local media outlet Dawn, Ahmed said that the PoK government had been asked to prepare the development budget for the next fiscal year to the tune of Rs 29 billion.

“However, at the same time, we have been asked not only to foot the bills of the projects previously directly sponsored by the federal government but also to make payments of salaries to the employees of foreign-funded projects from the Rs29bn,” he added.

Expressing concerns over the massive budgetary cuts, he stated that the central government had slashed the current year’s development budget by Rs 5.2 bn.

“In the backdrop of this situation, we will be practically left with hardly Rs 8-9bn in next fiscal year’s development budget which is why the parliamentary party is unanimous that preparation of the budget is next to impossible,” he continued.

Earlier, the human rights activist and chairman of United Kashmir People’s National Party (UKPNP) Shaukat Ali Kashmiri also highlighted the plight of the people of PoK and termed the budget cut situation ‘alarming’. Kashmiri cautioned that the situation is alarming and should be addressed on a “war footing”.

He noted that, unfortunately, political leaders do keep claiming that the literacy rate in PoK is more than in any other province of Pakistan but the truth is different. “We still have the pass-fail system,” he had said in a Twitter post.

He said that concern has been expressed over pathetic conditions of primary schools at the union council level in PoK where students are “compelled to sit on the ground below open sky with no washrooms, clean drinking water facilities”.The UKPNP chairman said that apart from this sorry state of affairs, “there is an acute shortage of teachers as well.”