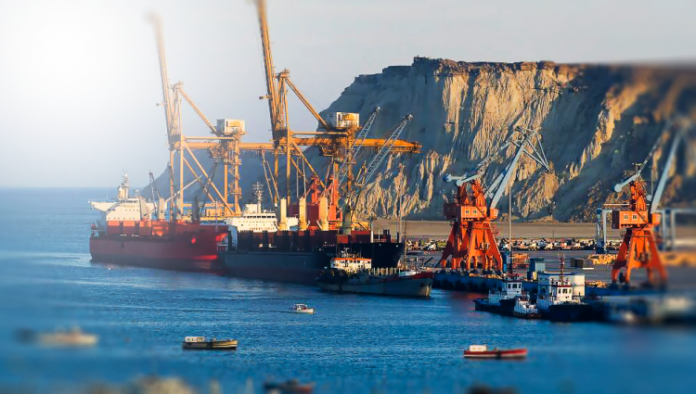 Gilgit Baltistan: Although Pakistan termed the China-Pakistan Economic Corridor (CPEC) as a game-changer for the country’s ailing economy but the fact of the matter is that Chinese mega projects are showing an adverse impact on Gilgit-Baltistan’s environment leading to uncontrollable pollution and irreversible depletion of aquatic ecosystems.

Under the banner of CPEC, Pakistan and China are initiating work on mega-dams, oil and gas pipelines, and uranium and heavy metal extraction in Gilgit-Baltistan.

Gilgit-Baltistan is also providing over half of its drinking and irrigation water to Pakistan and Chinese mega projects but these projects are showing an adverse impact on the local climate leading to uncontrollable pollution and irreversible depletion of aquatic ecosystems, Global Order reported.

Recently, Pakistan’s Hasanabad had witnessed a glacial lake burst which washed away houses and razed a major bridge on the Karakoram Highway and the biggest reason behind this is climate change.

Looking at climate change, the World Bank warned that one-third of these glaciers will disappear by the end of this century causing famine of great magnitude in Pakistan.

Melting ice sheets would also release viruses locked away for thousands of years causing an unprecedented rise in occurrences of rare diseases.

Meanwhile, the United Nations claimed that climate disasters could kill over 300,000 people in Pakistan in the next three decades and the alarming numbers would reach manifolds if we include the anticipated deaths from novel pandemics.

According to the publication, deforestation is the major cause of landslides in Gilgit-Baltistan.

Plantation could reverse the climatic issue and even former Pakistan Prime Minister Imran Khan said that the “ten billion tree tsunami” is a good initiative but no such development took place.

Even the forest land was given to Chinese hydroelectric projects in Khyber Pakhtunkhwa (KPK). Pakistan Army instead of protecting the locals’ interests, snatched their indigenous lands and imposed Chinese interests on them.

Despite repeated warnings from locals, the military has confiscated hundreds of thousands of acres of private land in places like Diamer, Shigar, Ghizer, Gilgit and Hunza and awarded them to the Chinese companies.

In one instance, the army bulldozed and flattened homes in Makpondas to grant private land to a Chinese company to build a CPEC-related economic zone, according to the publication.

Experts claim that by 2030, China will be able to produce twelve gigawatts of electricity for Pakistan from the ongoing hydro-projects in Gilgit-Baltistan. One of those projects is Diamer-Bhasha, the largest roller compact concrete dam in the world.

However, the Diamer dam is being built in a geologically volatile territory where earthquakes are a daily phenomenon. Looking at such situations, locals have raised their voices against the construction of CPEC but the government doesn’t listen to a single sound of it.

The Pakistani Army is filing the case against those people who raise their voices against land theft and environmental destruction. The locals argued that the establishment is committing real treason and terrorism by sacrificing the well-being of locals for China.

Like elsewhere, the Chinese model of extraction and development is a toxic ‘friendship’ for Gilgit-Baltistan as its fragile ecology is ravaged.

How to Find a Sugardaddy

How to Maintain a Healthy Long-term Relationship

How you can Have a Happy Married Life