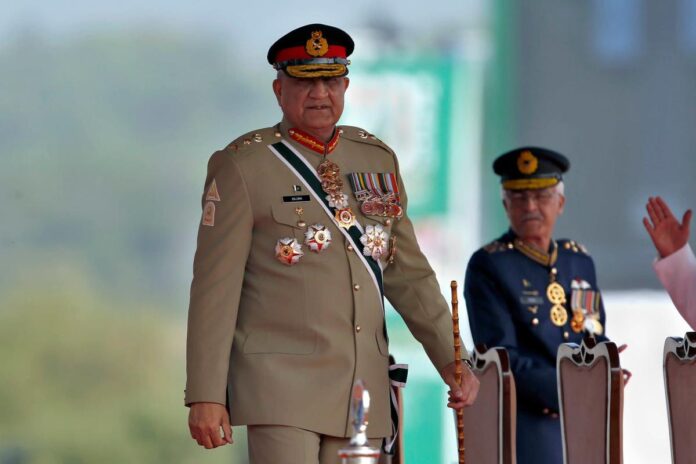 Highlighting the attacks on Chinese nationals in Pakistan, Beijing on Sunday asked Pakistan’s Army Chief General Qamar Javed Bajwa to stop attacks on its nationals who are working on the China-Pakistan Economic Corridor projects in the Balochistan region.
The Chinese demand came in a meeting of senior officials of Pakistan and China who discussed their perspectives on the international and regional security situations, reported Frontier Post.
The developments come after the Islamabad Police recently decided to set up a foreign security cell at the Central Police Office (CPO) with requisite staff and logistics amid reports of Chinese nationals continuously being targeted in Pakistan.
It was decided to apply all standard operating procedures to non-China Pakistan Economic Corridor (CPEC) security projects on the pattern of CPEC security, reported The News International.
Similarly, the Special Branch, Counter-Terrorism Department (CTD) and Security Division will audit the security arrangements periodically.
Pakistan’s Army Chief General Bajwa headed the Pakistani delegation in an “Apex meeting” with the Chinese military in China. Both sides pledged to enhance cooperation in counter-terrorism.
Attacks on Chinese nationals by Baloch groups were also discussed in the meeting. Geopolitical issues in Pakistan have propped up, as the Baloch insurgency poses a constant threat to peace and stability.
The Baloch insurgents are regularly targeting CPEC infrastructure projects, such as gas pipelines and electricity towers, because they consider China as an imperialist power that, along with the Pakistan government, wishes to plunder Balochistan’s natural resources.
“Both sides discussed their perspectives on the international and regional security situation, and expressed satisfaction on defence cooperation between the two countries,” Inter-Services Public Relation said in a press release.
A senior-level tri-service military delegation of Pakistan visited China from June 9 to 12 and held wide-ranging discussions with senior officials the of Chinese military and other government departments.
“Apex Meeting was held on 12 June wherein Pakistani side was headed by Chief of Army Staff (COAS), General Qamar Javed Bajwa while the Chinese side was led by General Zhang Youxia Vice Chairman Central Military Commission of China,” according to the statement.