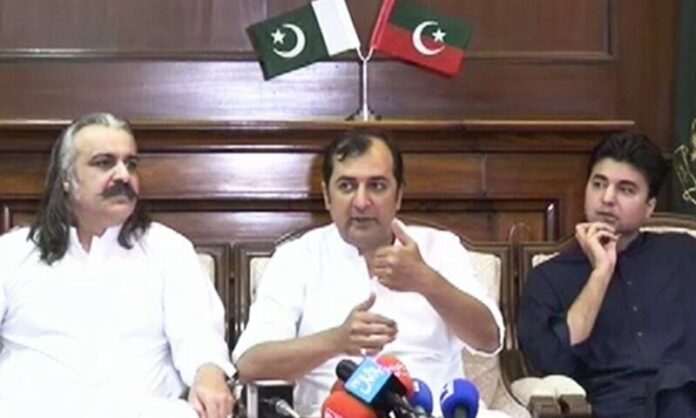 Gilgit Baltistan: Gilgit-Baltistan Chief Minister Khalid Khurshid Khan on Sunday accused the central government of intentionally slashing the region’s development budget by half, claiming that this was done “under an agenda to push the region backwards”.

Addressing a presser in Islamabad along with Pakistan Tehreek-e-Insaf’s Murad Saeed and Ali Amin Gandapur, Gilgit-Baltistan CM said that the incumbent government had cut the development budget of their region by 50 per cent to Rs 23 billion, Dawn reported.

Khurshid Khan clarified that his government had given the federal government a total of Rs 47 billion where Rs 32 billion was given under the recurrent head and the remaining money was given as an additional grant.

The Gilgit-Baltistan CM said that his government was in a position to meet salary and other expenses with Rs 47 billion “but currently we do not have the resources to meet disaster relief management, building human capacity, or poverty alleviation.”

He went on to say that Gilgit-Baltistan’s allocations had reached billions of rupees for the first time when the Imran Khan-led government was in power. Previously, the Public Sector Development Programme’s (PSDP) portfolio was Rs 2 billion which Imran raised to Rs 10 billion, he added.

Khurshid Khan further said that the PTI-led government had made an announcement of a development package which was set at Rs 18 billion in the first stage and “our average was to be Rs55bn annually.”

The Gilgit-Baltistan CM recalled the Nawaz Sharif tenure and said that he also had increased the region’s development portfolio to Rs2bn which used to be in millions before that, reported Dawn.

When Imran Khan took over, he had for the first time allocated Rs 400 billion for Gilgit to make it a hotspot for tourists, according to Khurshid Khan. That package had now been “sabotaged” and some six to seven important projects which were in an advanced planning phase had also been shelved, he alleged.

“Last time, Imran had moved ahead with interim constitutional rights for GB and we had calculated our share of the National Finance Commission (NFC), which amounted to Rs 137 billion. But a province that should get over Rs 130 billion is now seeing a deduction of over 50 per cent from what it was already receiving,” the chief minister claimed.

‘Hindi, French among most popular languages among Japanese students at Indian-origin...