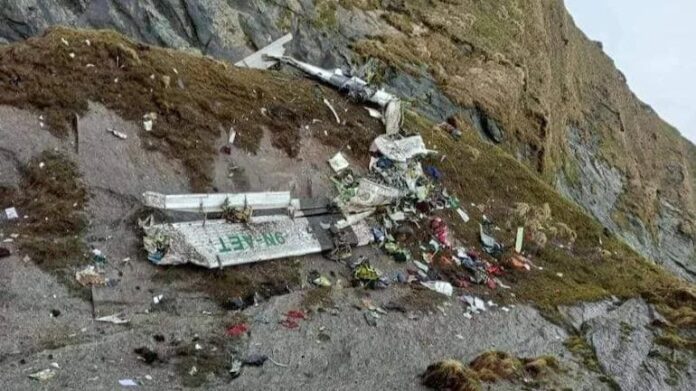 Kathmandu: The last rites of the four members of an Indian family who were killed in the plane crash in Nepal’s mountainous Mustang district would be performed at the sacred Pashupatinath Temple here after their post-mortem, sources said on Tuesday.

Businessman Ashok Kumar Tripathi (54) and his Thane-based estranged wife Vaibhavi Bandekar Tripathi (51) were on a reunion trip to the Himalayan country along with their son Dhanush (22) and daughter Ritika (15), when the tragedy struck on Sunday.

The last rites would be performed at the Pashupatinath Temple once the family receives the bodies of the victims after the post-mortem, sources at the Indian embassy said.

The Pashupatinath Temple in Kathmandu, situated along the banks of the Bagmati River, is one of the most important Hindu temples in Nepal.

“Some bodies were brought to the hospital late in the afternoon so their post-mortem will be conducted on Wednesday,” a source said.

The Canadian-built turboprop Twin Otter 9N-AET plane was carrying four Indians, two Germans and 13 Nepali passengers, besides a three-member Nepali crew when it crashed minutes after taking off from the tourist city of Pokhara on Sunday.

Due to the geographical remoteness and adverse weather conditions, the search and the recovery mission were delayed. The plane was found scattered at an altitude of 4,200 metres, a four-hour uphill hike from the centre of Thasang Village Municipality.

The government has formed a five-member commission of inquiry headed by senior aeronautical engineer Ratish Chandra Lal Suman to find out the cause of the Tara Air plane crash, officials said

US surpasses China as India’s biggest trading partner in FY22 at...