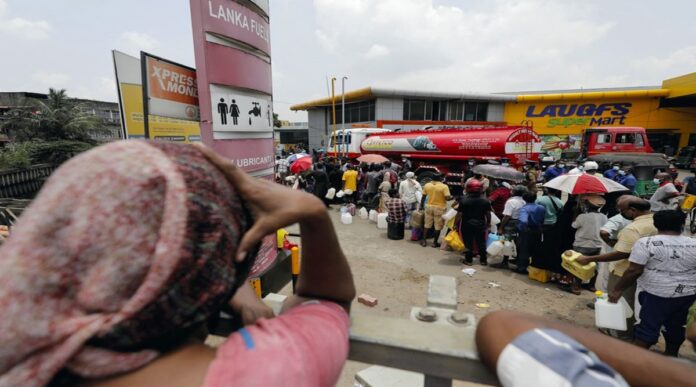 The distribution of aid, including rice and milk powder, received under the Indian Line of Credit to low-income families in Sri Lanka has commenced, the Food Commissioner’s Department said on Sunday. Food Commissioner JP Krishnamurthy said that distribution of the aid to low-income families in all 25 districts, including Nuwara Eliya, Badulla, Mullaitivu, Ampara, and others, has already commenced.

Krishnamurthy said that the Sri Lankan government will provide parcels containing 10 kg of rice each to low-income families selected at the Divisional Secretariat level.

However, the commissioner mentioned that the current fuel shortage has severely hampered the distribution of aid among the districts.

Sri Lanka is near bankruptcy and has severe shortages of essentials from food, fuel, medicines, and cooking gas to toilet paper and matchsticks. For months, people have been forced to stay in long lines to buy the limited stocks.

The island nation has been facing its worst economic crisis since its independence from Britain in 1945. The economic crisis, which has left the neighbouring country nearly bankrupt, has also triggered political unrest with a protest occupying the entrance to the president’s office demanding his resignation continuing for the past 50 days.

According to the commissioner, the distribution of aid to districts is being carried out through trains because of the anti-government “Go Rajapaksa” protest which has also seen the death of a parliamentarian.

The chorus for the resignation of the Rajapaksa family gathered momentum as people came to be hit by the ongoing worsening economic conditions — long queues at fuel pumps and cooking gas stores, scarcities of essentials, businesses slumping, and extended hours of power cuts.