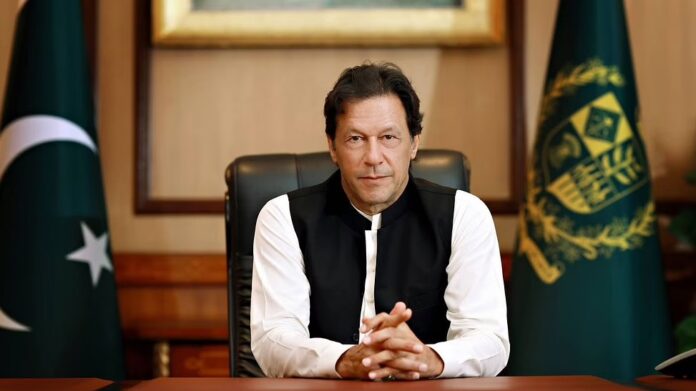 Lahore: Former Pakistan Prime Minister Imran Khan on Friday said he was hit by four bullets on his right leg during the assassination attempt a day earlier, when he was leading a political march in Punjab province.

Addressing the nation from the Shaukat Khanum Hospital here, in his first address since the assassination attempt, Khan said that he was aware of the plot to kill him.

“I’ll come to the details of the attack later. I got to know the day before [the attack] that either in Wazirabad of Gujrat, they planned to kill me,” the 70-year-old chief of the Pakistan Tehreek-e-Insaf party claimed.

“I was hit by 4 bullets,” Khan said. Dr Faisal Sultan, who is treating the cricketer-turned-politician, said x-rays of Khan’s right leg showed that his tibia was damaged and in fact fractured.

“In this scan, the line you see on right leg is the main artery. The bullet fragments were very near it,” Sultan said.

Khan suffered a bullet injury on the right leg when a gun-wielding man fired a volley of bullets at him and others mounting on a container-mounted truck in the Wazirabad area of Punjab province, where he was leading a protest march against the Shehbaz Sharif government.

How you can make a Slavic Woman Come to feel Appreciated

Online dating sites Reviews — How to Find an excellent Match