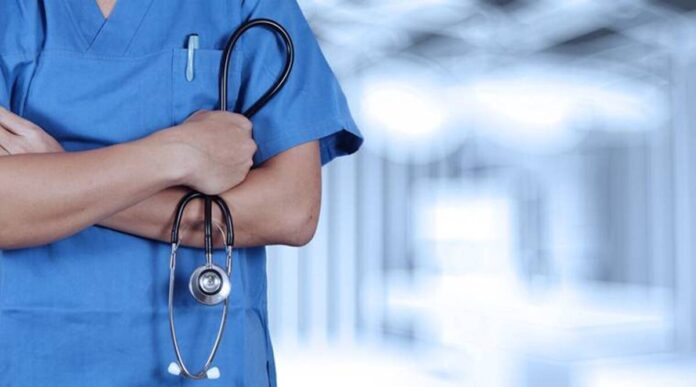 Beijing : India has issued a detailed advisory for prospective students wanting to study medicine in China, cautioning them of the pitfalls, including poor pass percentage, mandatory learning of official spoken language Putonghua and stringent norms to qualify to practice in India.

The advisory was issued as thousands of Indians studying in Chinese medical colleges are currently stuck at home for over two years due to Beijing’s COVID visa ban. According to official estimates, over 23,000 Indian students are currently enrolled in various Chinese universities. A vast majority of them are medical students.

After over two years of COVID visa restrictions, China has recently started issuing visas to a selected number of students to return. However, most of them struggled to return as there are no direct flights and the two countries are still in talks to work out limited flight facilities keeping in view Beijing’s quarantine restrictions.

Against this backdrop, the Indian Embassy in Beijing issued a comprehensive advisory on Thursday for students from India wanting to study medicine in China.

The advisory has results of the studies, which outlined difficulties faced by Indian students in China and the stringent norms they face to qualify for practicing medicine in India.

A striking feature of the advisory is that only 16 per cent of the students passed the required test between 2015 and 2021 to qualify to practice in India.

The pass percentage of Indian students who have studied clinical medicine programmes in China in that period in 45 accredited universities was only 16 per cent, the advisory underlined.

The prospective students and parents may please note this fact while deciding on seeking admission in Chinese universities for clinical medicine programme, it said.

On the costs, it said the fee structure is different for different universities and advised students to check from the university directly before taking admission.

The advisory listed 45 medical colleges designated by the Chinese government to provide medical degrees in five-year duration plus a one-year internship. Indian students are advised not to seek admission other than those 45 colleges.

The Chinese government has clearly mentioned in their official communication that foreign students can only join medical programmes in 45 universities in English language .

The advisory also highlighted that Indian students studying medicine in China have to obtain a license to practice in the country where they obtained the degree.

After completion of the internship, students have to clear the Chinese Medical qualification examination and obtain a physician qualification certificate to practice in China, the advisory said.

It is important to clear the qualification exam to practice in India as the NMC (National Medical Commission) regulations dated November 18, 2021 state that any prospective student who seeks medical education abroad should necessarily have a license to practice in the country of a graduate after completion of his/her clinical medicine programme, before he/she can appear for FMG examination in India,” it said.

Only those students who clear the NEET-UG for admission to undergraduate medical education in India will be eligible to appear for the screening test, namely, the Foreign Medical Graduates Exam (FMGE), it said.

On the quality of clinical medicine undergraduate programmes in China, the advisory listed the feedback from past students.

The Embassy has received several feedbacks from past students who have completed such programmes earlier. One of the most common challenges is the English language skills of Chinese teachers in these universities. Few students have also complained about lack of practical/clinical experience in terms of engaging with patients in certain universities,” the advisory said.

It advised prospective students and their parents to look at the study conducted by the National Board of Examination of the pass percentage of students who had studied in various Chinese universities.

It also advised the students who are planning to enrol in any university in China to ascertain themselves whether the university is in the list of 45 universities, the duration of the course (as it varies university to university), curriculum being offered, language of instructions, mode of education (online or offline), fee structure and visa requirements before proceeding to China.

Due to the Dynamic Zero Covid Policy’ of China, there are various restrictions and quarantine norms in China, which vary from city to city and are very strict and demand full compliance without exception. Moreover, these regulations are updated regularly. Therefore, Indian students enrolled in Chinese universities are advised to take note of the latest regulations of the place of travel and make appropriate arrangements, the advisory said.

The advisory noted that China’s Ministry of Education has not published any separate ranking of various Chinese universities which offer clinical medicine programmes.

However, the embassy prepared a table as per the pass percentage of Indian students in FMG Examination the link of which is provided in the advisory.

The advisory said prospective students may wish to make their own judgement while making a decision to choose the university as the Embassy or the National Medical Council of India has not done any ranking or evaluation of the quality of education offered by these universities to foreign students in China.

How to get a Foreign Internet dating Site

Why is a Good Matrimony?

How to Choose a Paper Writing Service