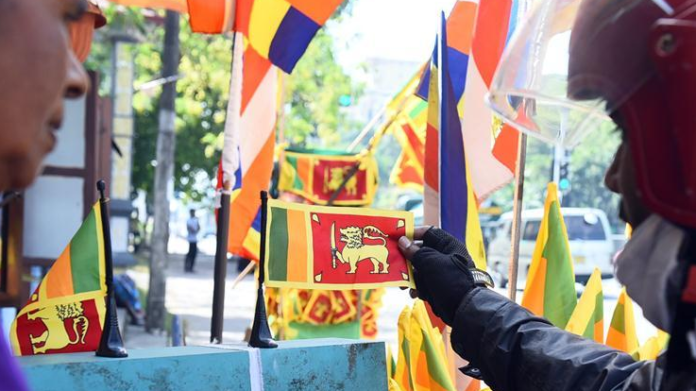 Colombo: Sri Lanka’s state-owned insurance firm may incur losses in excess of LKR 1 billion due to the violent clashes between anti- and pro-government protesters in the country earlier this month, New York-based ratings agency Fitch has said.

On May 9, violence erupted in Sri Lanka after supporters of former prime minister Mahinda Rajapaksa attacked peaceful anti-government protesters demanding his ouster over the country’s worst economic crisis that led to acute shortages of staple food, fuel and power.

The clashes killed at least 10 people, injured over 200 others, and the properties of 78 government parliamentarians faced arson.

State-owned National Insurance Trust Fund Board (NITFB), which provides strike, riot, civil commotion and terrorism cover (SRCCT) to the island nation will bear the brunt of the losses due to the violent clashes, while primary insurers would experience little impact, Fitch said in a statement on Friday.

We believe gross losses from the riots are likely to exceed LKR1 billion, the EconomyNext news website quoted Fitch as saying.

However, NITFB’s losses will be limited to LKR1 billion, as the insurer can recover the additional losses under its excess loss reinsurance cover of up to a maximum of LKR10 billion.

NITFB’s net loss will be limited to this amount due to the protection provided by its excess loss reinsurance cover. We expect it to have sufficient liquid assets to meet its claim obligations, it said.

Primary insurers have net retention of LKR 2.5 million for motor claims under the SRCCT cover with aggregate losses of over LKR 10 million rupees passed onto the NITFB.

Non-motor claims are fully passed on to NITFB, subject to any excess borne by the policyholder, it added.

NITFB’s reinsurance cover for SRCCT, which is placed with international reinsurers, is effective from February 2022 to July 2023.

During the violence, irate mobs destroyed several tents and other structures erected at Galle Face and also attacked some of the demonstrators.

The violence saw arson attacks on the homes of several politicians, including the ancestral home of the Rajapaksas in Hambantota.

Sri Lanka has been witnessing large-scale protests against the government’s handling of the debt-ridden economy — the worst-ever economic crisis in the country’s history.

The country of 22 million is grappling with unprecedented economic turmoil since its independence from Britain in 1948.

The crisis is caused in part by a lack of foreign currency, which has meant that the country cannot afford to pay for imports of staple foods and fuel, leading to acute shortages and very high prices.

Apple looking to India, not China, to produce iPhones and more: Report