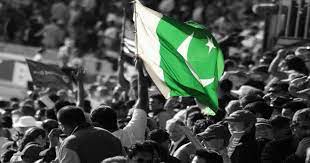 Colombo: Pakistan is replicating Sri Lanka while trying to solve its economic crisis, denying its past mistakes as well as the current happenings domestically and ignoring the lessons it could have learned from the island nation.

Sri Lanka has been under severe socio-economic and political turmoil for nearly two months now, an outcome of economic mismanagement resulting from a way too ambitious political leadership and excessive external borrowings, Pakistan has been taking exactly the same steps towards economic disaster, reported True Ceylon.

It would not be a shocker that Pakistan would soon face a ‘Sri Lanka type’ crisis with shortages of foreign exchange reserves, food, fuel and medicines.

The economic impediments in Pakistan have been exacerbated by the self-obsessed ‘Establishment’ and further complicated by political parties wanting to be in power by doling out populist economic policies, reported True Ceylon.

Pakistan is rapidly widening its current account deficit coupled with an equally fast depleting foreign exchange reserves. Given the economy’s dependence on imports- for both food and fuel, the rising global prices have resulted in a humungous increase in the imports bill in Pakistan.

The import bill for petroleum products alone has registered a jump of about 95 per cent, to reach about USD 17 billion in the first ten months of FY 2021-22 (from about USD 8.7 billion for the same period in the previous year).

The deteriorating security situation in the country together with the political turmoil that is underway have forced foreign investors to increasingly shun the country as an investment destination. Both Foreign Direct Investments and Foreign Portfolio Investments are moving out of the country, the net outflow being a little more than USD 2 billion in FY 2021-22 (July-March).

Also, the political masters have been chalking out one grand project after another, to be financed by costly external commercial borrowings.

Adding to the debt burden are the huge loans availed of at commercial rates of interest from Pakistan’s ‘all-weather friend and steel brother’ China. Under the garb of the China-Pakistan Economic Corridor, Pakistan, like Sri Lanka, is now in the tight grip of China’s ‘debt trap’, with economically unviable projects like the Gwadar port, reported True Ceylon.

SEZs and coal-based power projects yield literally no economic benefits to it. On the contrary, loans amounting to about USD 11 billion have been taken from China, all favoring the Chinese creditors.

In the power sector alone, the country has been facing the problem of circular debt amounting to USD 2.6 trillion. For the power projects developed under CPEC under the Independent Power Producers (IPPs) mode, it is estimated that Pakistan owes USD 1.3 billion USD as arrears to the Chinese IPPs. The total debt incurred by Pakistan on the power projects under CPEC is pegged at USD 3 billion.

China has also shown no leniency in terms of reducing the power tariffs agreed under CPEC nor waived off debt repayment obligations; instead, it has held the approval of new projects hostage to payment of arrears and debt servicing.

In short, Pakistan coveting closer relations with China is not only amounting to a drain of precious economic resources but also reeks of hypocrisy, given Pakistan’s efforts to espouse the cause of Muslims (e.g. in Palestine) and the growing reports of exploitation, abuse and suppression of Uyghur Muslims by China.

Moreover, Pakistan has resorted to IMF support to address its economic distress 22 times since its independence, the last being in 2019. IMF’s support now banks on Pakistan’s fulfillment of conditionalities it had committed to under the Extended Fund Facility in 2019.

However, an adamant Pakistan is bent on not withdrawing the massive subsidies it has announced for petrol and diesel, putting the much-needed IMF support at the risk of discontinuation.

Pakistan is repeating the same mistake as Sri Lanka in playing down the capability of the IMF and its support program for the sheer reason of avoiding difficult but vital structural reform measures and instead of looking to bilateral partners for financial help and support. (ANI)