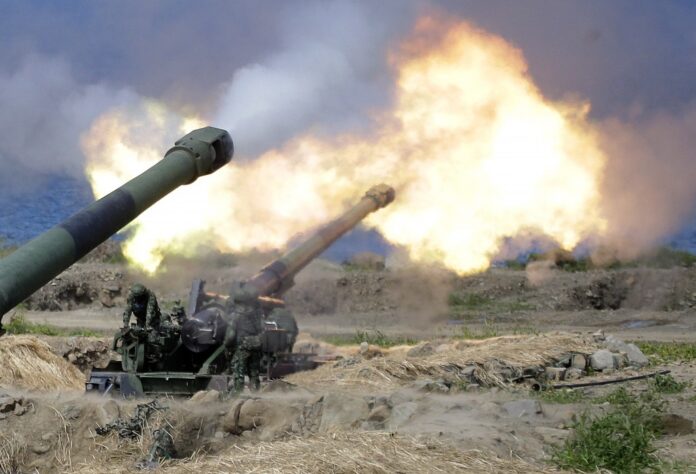 Taiwan and the United States are expected to start their annual security talks this week, discussing the best weapons and strategies for the self-ruled island to deal with Beijing as tensions mount across the Taiwan Strait.

The talks – to begin in Washington on Wednesday – come after Chinese Defence Minister General Wei Fenghe warned on Sunday that any attempt to split the island from the mainland would trigger military action by Beijing’s forces.

They also come as the war in Ukraine offers lessons for Taiwan on how to tackle a much bigger force, such as Beijing, which views the island as its own.

The working-level talks between security and military officials from Wednesday to Friday precede high-level talks from Monday to Wednesday next week in Washington and Annapolis, Maryland, local media reports said.

Neither Taiwan’s presidential office nor its foreign ministry would comment on the event.

“Taiwan and the US have many bilateral dialogue mechanisms which allow the two sides to have smooth and close communication. As for details of the dialogues, the foreign ministry would not make any comment based on our tacit understanding and previous practices,” said ministry spokeswoman Joanne Ou.

But she said the two sides would further deepen their partnership and cooperation based on an already solid foundation.

According to the Taipei Times newspaper, during the talks Washington was expected to focus on upgrading existing equipment rather than providing the island with new weapons.

This was to help “enhance immediate combat capabilities as a response to uncertainties in the cross-strait situation”, the newspaper quoted an unnamed senior national security official as saying.

This strategy differs from that of the previous Donald Trump administration, whose arms sales to Taiwan focused on new equipment, the official said, adding that cooperation on military exercises would also be clarified.

The official told the newspaper that cooperation with the island’s marine corps would be an important topic, as the US Marine Corps adjusted its strategy to act as “stand-in forces” for rapid deployment to the first island chain.

Chieh Chung, a senior researcher at the National Policy Foundation – a Taipei-based think tank affiliated with main opposition party the Kuomintang – said of the four arms deals approved by US President Joe Biden since he took office in January last year, three related to military components and spare parts as well as technical and logistic support to maintain normal operations of Taiwan’s defence systems.

“The only deal which could bolster our defence included 40 Paladin M109A6 self-propelled howitzers, but the Biden government has postponed the deal indefinitely,” Chieh said.

He said this showed the Biden government appeared to want to maintain Trump’s policy of normalising arms deal procedures – but with components and logistics support rather than arms sales.

“There is a big discrepancy with the Trump government,” he said.

It was not immediately known if Taiwanese officials taking part in the talks will address these issues and call for more suitable weapons from the US.

This would be the second talks between Taiwan and the Biden government, which held its first Monterey Talks with the island in August.

Cross-strait tensions have escalated in recent years with Beijing sending numerous warplanes into Taiwan’s air defence identification zone and staging drills nearby to ramp up pressure on the island.

Beijing has suspended official exchanges with Taiwan since Tsai Ing-wen, of the independence-leaning Democratic Progressive Party, was elected president in 2016 and refused to accept the one-China principle.

Beijing has also become increasingly annoyed by what it perceives as the US using Taiwan to counter the mainland.

“We will fight at all costs, and we will fight to the very end,” Wei said. “This is the only choice for China.”