Home China Ill-treatment of Uyghurs by China to be investigated: ICC 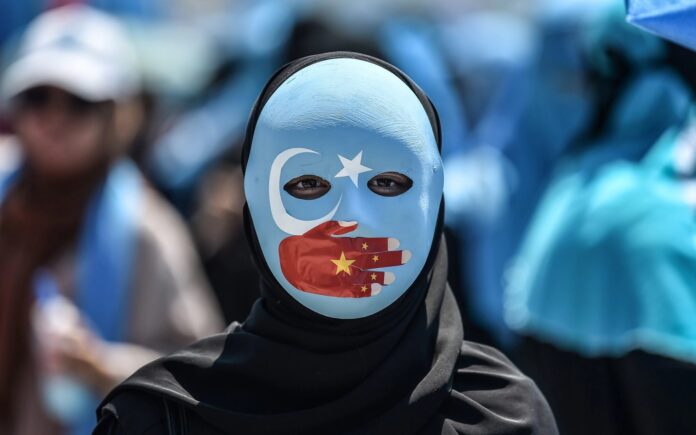 In a radical step, a group of lawyers has knocked on the doors of the International Criminal Court (ICC) against China’s increasing atrocities toward Uyghurs and other Turkic Muslim populations in the Xinjiang region. Subjecting minority groups to genocide, including mass arbitrary detention, forced labour, torture, forced sterilization, separation of children from parents and destruction of minority culture, China has been a major cause of human rights abuses against the community, reported local media.

However, Beijing has vehemently denied all accusations of human rights abuses in the region and says that all ethnic groups in Xinjiang live happily. The lawyers, who represent Uyghurs in exile, said that on Monday they presented the ICC with new evidence of Beijing’s efforts “to round up Uyghurs in neighbouring countries, including an ICC member state, and elsewhere, to force them back” to China.

“It also very sadly shows what happens to them once back in detention camps,” lead lawyer Rodney Dixon said in a statement emailed to VOA. The ICC has jurisdiction over these crimes that commence on ICC territory and continue into China, and is urged to act immediately to open an investigation, newsletter, global security.org stated.

This is the third dossier of evidence submitted to the ICC by the legal team since it filed an initial complaint two years ago. The complaint was submitted on June 6, 2020, and the submission of additional evidence took place on July 10, 2021; November 2021; and this past Monday, according to the legal team.

After the first submission of evidence, ICC prosecutors said the court was unable to take up the case because the alleged abuses happened in China, which is not an ICC member state. The last submission of evidence to ICC includes “firsthand evidence from a witness” who was deported to China, detained in internment camps and subjected to “interrogation and torture” before escaping from China in 2018, globalsecurity.org said, citing the lawyers.

“It shows that the Chinese government is implementing a policy of rounding up Uyghurs and other ethnically Turkic people from outside China, including ICC member states such as neighbouring Tajikistan, and forcefully deporting them back to China,” the legal team said in a statement provided to VOA. Other Uyghur witnesses who fled from Tajikistan to Turkey in 2018 described how China pressured police and immigration officials in Tajikistan to deport Uyghurs back to China.

For over two decades, Uyghurs living outside China have faced efforts by Chinese authorities to pressure foreign governments to detain and forcibly transfer them back to China. Research shows that more than 1,500 Uyghurs, including many who are human rights defenders, have been detained or forcibly returned to China where many have faced imprisonment and torture in custody.

Since 2016, the Chinese government has intensified repression and carried out a policy of mass, arbitrary detention of Uyghurs and other Turkic peoples, subjecting them to severe policies including the prohibition of most religious, linguistic, and cultural practices; state-sponsored forced labour; imprisonment; and forced sterilization and birth prevention policies.

‘I was hit by four bullets,’ says Imran Khan in first address to nation after assassination bid

What to Do If Cheated Online Dating

How to Make a Long Range Relationship Are working for an...

The Characteristics of a Powerful Marriage

How you can find a Lovely Russian Woman to Marry