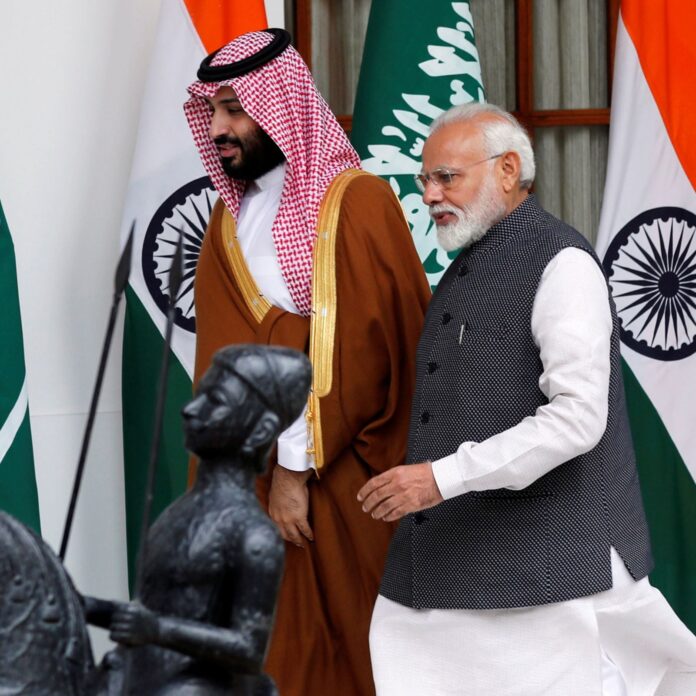 It has been a difficult start of the week for India. A controversy erupted last weekend with Kuwait, Qatar and Iran registering protests with Indian embassies in their respective countries regarding a statement made by the BJP national spokesperson. It not only brought India on a back foot but also led the Indian foreign ministry to issue an immediate clarification regarding the disciplinary action taken against her. All these countries are a part of India’s growing diplomatic outreach with Prime Minister Narendra Modi having personally invested in making sure that India’s relations with the Persian Gulf countries thrive.

The Indian government has shown maturity in handling the fallout of the statements and the tweets made by the members of the ruling party but it also became a textbook case of external countries meddling in India’s internal matter in the name of religion. Unlike other religions, Islam works on the principle of ‘Ummah’, which refers to the global community of all Muslims bound together by the ties of religion. It is this understanding of ‘Ummah’ that emboldened country after country to summon Indian diplomats and register their protests. But here is a plot twist. While the Gulf countries quickly took action against India, their hypocrisy on other occasions is unmissable. Key amongst them is the free pass that they have given to China repeatedly.

There is a global condemnation of China’s treatment of its citizens, Uighur Muslims in the Xinjiang province. China has an ongoing Sinicization of the Islam project that entails razing mosque domes and minarets, removing halal certification mechanism and banning Azan. While these are more superficial ways to Sinicise Islam, the real violation of the human rights of Uighur Muslims happens through their arbitrary detention, torture, sexual assault and forced sterilisation. There is a well-document history of how China has been treating the Uighur Muslim community but what’s shocking is that not only the Gulf countries have supported the China’s actions in Xinjiang but they have also readily become a partner with China in their persecution.

UAE, a major Arab country and the member of the Gulf Cooperation Council (GCC), serves as the region’s security hub for the Chinese Intelligence Services. There have been instances of UAE officials collecting biometric data of Uighur Muslims aiding their persecution and surveillance by China. Qatar, Kuwait and other GCC countries have detained or deported more than 292 Uighur Muslims to China since 2002.

GCC countries are not alone in this, Turkey, an Islamic country that has criticised India over the Kashmir issue on several occasions, also has a history of detaining Uighur Muslims and reporting them to China.

Even the Hajj, a religious pilgrimage for Muslims world over, is exploited by China to detain Uighur Muslims with happy cooperation provided by the Saudi administration.

Forget speaking for the plight of Uighur Muslims and condemning China, the Islamic world actually supports China on the Uighur issue. In response to a letter written by 22 democratic countries against China to the UN Human Rights Council, the Gulf Cooperation Council wrote an alternative letter classifying the Uighur issue as an “internal matter” of China. The letter didn’t stop there, it eulogised China for its “excellent human rights record”. It actually read like a Chinese government press release than an independent letter by the GCC.

Qatar later withdrew from signing the letter earning praises from various quarters including Uighur rights activists and Western Human Rights lobby. However, it was seen as a move to strengthen Qatar’s ties with Islamic elements than a genuine concern about the plight of Uighur Muslims. Qatar’s lack of concern for Muslims in China was anyway exposed enough when it threatened a Uighur Muslim Ablikim Yusuf fleeing persecution from the Chinese Communist Party with deportation back to China. Qatar didn’t heed multiple requests from across the world to give him a safe refuge leading the US to come to his help.

Despite the persecution of Uighur Muslims in Xinjiang, Qatar hasn’t scaled back its relations with China. They have only grown strong. Nearly 18 Arab countries including Qatar have signed the Belt and Road Initiative (BRI) cooperation agreements with China with a total of $35.6 billion of contracts with Chinese companies till 2019. China’s trade with Arab countries peaked $244 billion in 2020 during the Covid pandemic.

Economic exchange is the centrepiece of the Arab-China ties. China is also one of the largest buyer of energy from them with Qatar being the largest exporter of Liquefied Natural Gas (LNG). Qatar’s relations with the West have declined in the LNG sector due to US’s shale gas revolution and western apprehension in general towards non-renewables. Meanwhile, China has displaced Japan as the biggest LNG importer making Qatar-China relationship one for the keeps.

Arab countries including the GCC members are well aware of the US’ declining global role and its waning hegemony in the Persian Gulf. They know that any criticism of China over its treatment of Uighur Muslims will come with a heavy price. Qatar of all the other Gulf Arab countries has becoming a leading state in hedging against the US by maintaining relations with Iran, hosting US-designated terrorists and supporting the Muslim Brotherhood.

With the India-GCC trade at $87 billion, millions are working in these countries and sending remittances back home where the Gulf is also a prime source of India’s energy needs. It alone is a source of 50% of foreign remittances that India receives. These are sufficient levers for the Indian foreign ministry to issue a clarification and term the BJP spokesperson as a “fringe element”. But this is not a one-sided story of India’s dependence.

India is also a large market for Gulf states to hedge their energy exports as the West continues to outlive its utility of Arab oil. The decline of the West and static economic growth rates have also made India, an economically-ascendant country, necessary for Gulf countries to court. India is looking to seal a Free Trade Agreement with the GCC countries that will provide them a ready access to India’s 1.3 billion-plus market.

The interdependence between India and Persian Gulf countries is a two-way street. India’s acceptance of their interference in what is India’s internal matter has definitely set a wrong precedent. India is a sovereign, secular, democratic republic with a 75-year-long modern history of co-existence and freedom. The Gulf countries with their own problematic record of freedom, human rights, women rights and LGBT issues should have been the last ones to sermonise India. But as their support to China on Uighur Muslims shows, their hypocrisy even on the concept of ‘Ummah’ is unmissable.

China joins India, others in seeking dismantling of terror camps in Afghanistan, region

Kashmir conflict is elephant in the room: Khar on South Asia...