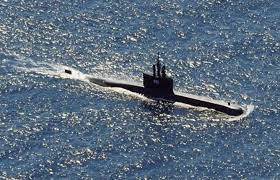 Jakarta: The joint combat exercise between Indonesia and US held this month has reminded China that it can’t afford to ignore Jakarta which is strategically critical to the Indo-Pacific region.
Under the banners of 14 nations, the 16th annual Garuda Shield exercise, the cornerstone of the military partnership between the US and Indonesia, was held this month. Expanding from a bilateral training event between the Indonesian Army and the US Army, this year’s “Super Garuda Shield” is now one of the biggest joint, multinational exercises in the Indo-Pacific region.

The strong and diverse Super Garuda Shield 2022 featured a number of “firsts,” including the first-ever tri-lateral airborne jump among the United States, Indonesia, and Japan, which concluded early today. The multinational exercise’s planning, operations, exchanges, and activities increase all participating nations’ military defence capabilities and work to maintain a free and open Indo-Pacific.
More than 4,000 combined forces personnel, including first-time participants Australia, Singapore, and Japan Ground Self Defense Force, are participating in support of the exercise. Other participating nations include Canada, France, India, Malaysia, New Zealand, the Republic of Korea, Papua New Guinea, Timor Leste, and the United Kingdom.
“When we’re together like this, we are stronger,” said Commanding General of the U.S. Army Pacific, General Charles Flynn. “Together as a multinational force, Garuda Shield is an important expression of our teamwork, our interoperability and our unity as a group of nations that seek to have a free and open Indo-Pacific and maintain a rules-based order.”
Indonesia is seemingly taking the lead in stopping arrogant China’s ‘unstoppable’ march decimating small and middle countries in and around the Indo-Pacific region, according to Global Strat View analysis.
While Indonesia and China enjoy generally positive ties, Jakarta has expressed concern about Chinese involvement in its exclusive economic zone in the South China Sea, which China claims virtually in its entirety.
Regional experts say that Indonesia’s ties to China seem to have taken a dip due to the Natuna Island issue. This has been exacerbated by reports of Jakarta’s plan to turn the Natuna Regency into a special economic zone (SEZ).
This prospect has not gone well in China but for Indonesia, the designation will introduce an array of incentives to bolster the region’s tourism, fishing, energy, and security sectors.
At the request of the Natuna Regency office, a government working group has conducted studies to convert the island group into an SEZ. Indonesian president Widodo Joko even signed an order to divide the Natuna marine area into regulated zones.
The declaration of Natuna island as SEZ will likely cause tension between China and Indonesia. (ANI)

How you can find Overseas Wedding brides

How to find Online Sweets Daddies

How to locate a Good Set up Relationship

Steer clear of Communication within a Relationship