Home China China sends 29 warplanes into Taiwan’s air defense zone in one of... 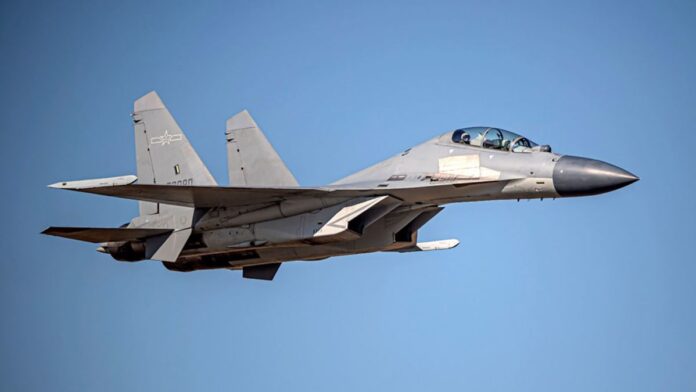 China has sent 29 warplanes into Taiwan’s air defence zone, according to media reports, marking the third-largest fly-by in the country this year.

The warplanes, which include 17 fighter jets, six bombers and other supporting aircraft, have entered the island’s air defence identification zone on Tuesday from the southwest, The Star newspaper reported citing the island’s defence ministry.

“In response, the air force scrambled jets, issued radio warnings and deployed air defence missile systems to monitor their activities,” the ministry said in a statement.

The flyover of surveillance plane over the Taiwan Strait was a demonstration of the US “commitment to a free and open Indo-Pacific,” amid recurrent Chinese incursion in Taiwan’s ADIZ, US Indo-Pacific Command said in a statement.

The issue of Taiwan has been at the forefront of US-China relations in recent months.

Tensions between Washington, which is committed to supporting the island’s self-defence, and Beijing over Taiwan were in the open earlier this month when their respective defense chiefs met at the Shangri-La Dialogue defense conference in Singapore.

Taiwan and mainland China have been governed separately since the defeated Nationalists retreated to the island at the end of the Chinese civil war more than 70 years ago.

But China’s ruling Chinese Communist Party (CCP) views the self-ruled island as part of its territory — despite having never controlled it.

Beijing has not ruled out military force to take Taiwan and has kept pressure on the democratic island over the past few years with frequent warplane flights into the island’s ADIZ.

An ADIZ is unilaterally imposed and distinct from sovereign airspace, which is defined under international law as extending 12 nautical miles from a territory’s shoreline.

Dalai Lama says time would come when Ladakhis will be able...