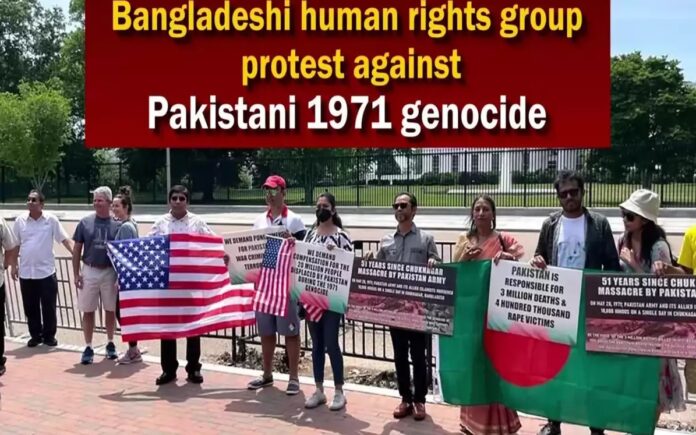 A group of human rights activists organised a protest outside White House in Washington DC to held Pakistan accountable for 1971 genocide. On May 20 1971, the Pakistani Army carried out the largest single-day massacre in Bangladesh (formerly East Pakistan) with the active participation of some Bangladeshi-origin Islamists. The massacre occurred at Chuknagar located in Khulna district close to the India-Bangladesh border. The Pakistani soldiers, carrying light machine guns (LMGs) and semi-automatic rifles, opened fire on the civilians. Priya Saha, executive Director of Human Rights Congress for Bangladesh Minorities (HRCBM) called on the US administration to apply Magnitsky sanctions on Pakistani officials, about 195 of who were never prosecuted for their role in the genocide in 1971. The protesters at the White House demanded unconditional apology from Pakistan to the people of Bangladesh.