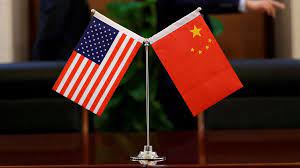 WASHINGTON: U.S. Commerce Secretary Gina Raimondo said on Sunday that President Joe Biden has asked his team to look at the option of lifting some tariffs on China that were put into place by former President Donald Trump, to combat the current high inflation.

“We are looking at it. In fact, the president has asked us on his team to analyze that. And so we are in the process of doing that for him and he will have to make that decision,” Raimondo told CNN in an interview on Sunday when asked about whether the Biden administration was weighing lifting tariffs on China to ease inflation.

“There are other products – household goods, bicycles, etc – and it may make sense” to weigh lifting tariffs on those, she said, adding the administration had decided to keep some of the tariffs on steel and aluminum to protect U.S. workers and the steel industry.

Biden has said he is considering removing some of the tariffs imposed on hundreds of billions of dollars worth of Chinese goods by his predecessor in 2018 and 2019 amid a bitter trade war between the world’s two largest economies.

China has also been arguing that tariff reductions would cut costs for American consumers.

“There is one solution (to the semiconductor chip shortage)”, she added. “Congress needs to act and pass the Chips Bill. I don’t know why they are delaying.”

The legislation aims to ramp up U.S. semiconductor manufacturing to give the United States more of a competitive punch against China.

Raimondo said she disagreed with the characterization that Biden’s $1.9 trillion American Rescue Plan had contributed to the current high inflation. Congress passed the COVID-19 relief package a year ago before it was signed into law, marking a signature achievement of Biden’s first year in office.

Reporting by Kanishka Singh in Washington Editing by Nick Zieminski

How to Squirt Once Having Sex

Indications of a Good Girl to Marry

How to Talk to European Girls Online