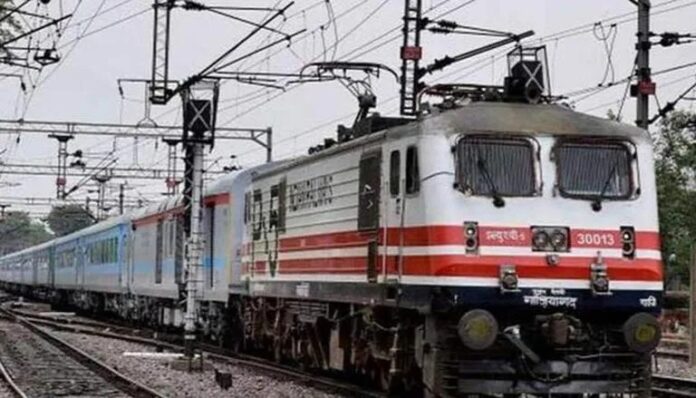 On Sunday, it was announced that Mitali Express, the third Indo-Bangladesh train service is set to start service on June 1 from West Bengal’s New Jalpaiguri station in India to Dhaka in Bangladesh. The train will take nine hours to travel 513 kilometres between New Jalpaiguri and Dhaka Cantonment station. It will be operated by a diesel engine and will have four air-conditioned cabin coaches and four air-conditioned chair cars.

Minister of State for Railways Darshana Jardosh stated that customs and immigration services will be in place for the international train voyage. The Minister further added that the Mitali Express, in addition to bilateral connections, will help to bolster tourism prospects, according to ANI. Jardosh also noted that in the next few days, a hospital, shopping malls and low-cost hotels will be constructed in the area to help people navigate around the station. She shared a Tweet stating, “Conducted an inspection visit of New Jalpaiguri Railway Station of Northeast Frontier Railway in West Bengal. Reviewed the station operations, public services and maintenance of cleanliness at the Railway Station.”

New Jalpaiguri-Dhaka Mitali Express services will commence service on June 1 after a scheduled virtual flagging off by the railway ministers of India and Bangladesh from Rail Bhawan. In March 2021, both the leaders virtually inaugurated the Mitali Express, which is the third passenger train that will run between Bangladesh and India.

In the meantime, the other two Indo-Bangladesh passenger trains – Maitree Express and Bandhan Express will also start operating on May 29, 2022, according to PTI. The Railway Board gave directives for Bangladesh Railway to resume the Kolkata-Dhaka Maitree Express service from Dhaka and Indian Railways to resume the Kolkata-Khulna Bandhan Express service from Kolkata.

The COVID-19 restrictions disrupted the operations of Maitree Express and Bandhan Express. An Indian railway official said that passengers on both sides have been clamouring for the operation to restart because everything is back to normal. Maitree Express, which began service in 2008 is the first train to run between the two countries since the British partitioned India in 1947. Bandhan Express began service later that year.