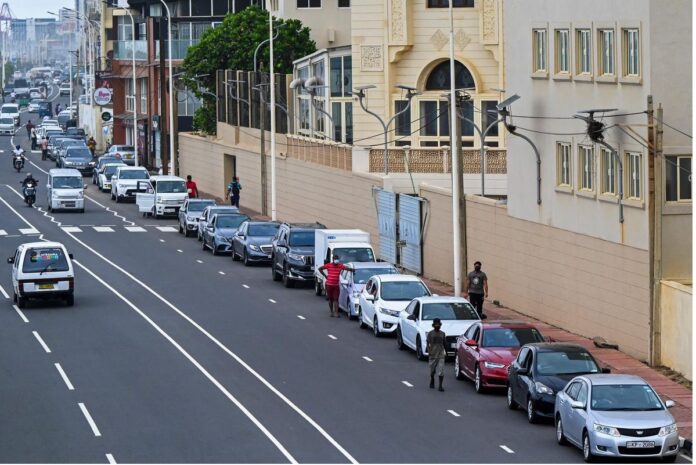 Sri Lanka has decided to seek fresh assistance of $500 million from India to augment its fuel imports, as the island reels under a crippling economic crisis manifesting in persisting shortages of essentials.

For weeks now, citizens are spending long hours lining up outside fuel stations — at times all day or night — to pump petrol or diesel, currently in short supply, as crisis-hit Sri Lanka runs out of dollars to pay for imports.

Public transport has been stalled due to the unavailability of fuel, businesses have been hit, and schools were forced to remain closed as students are unable to commute. Over the last few days, Sri Lankan social media saw many accounts of families being unable to access emergency medical care due to the lack of fuel. The government has asked “non-essential” staff to work from home, to save on fuel consumption.

“The Cabinet of Ministers granted approval for the proposal submitted by the Minister of Electricity and Energy to obtain a series of short-term loan facilities worth another $500 million with the assistance of the export–import bank of the Indian government in order to purchase petroleum products required by the country settling the foreign exchange shortage existing at the moment,” the government said in a statement following the Cabinet meeting on Monday.

For several months now, Sri Lanka has been amidst an unprecedented economic downturn, sparking street protests by citizens across the country. A group of demonstrators are camping outside the Presidential Secretariat in Colombo for 46 days in a row, demanding that President Gotabaya Rajapaksa, who they hold chiefly responsible, quit office.

Amid a heightening crisis, the government announced last month that it would pre-emptively default on the country’s foreign debt totalling $51 billion as the “last resort”, and is currently negotiating a package with the International Monetary Fund. However, Central Bank Governor Nandalal Weerasinghe on Monday noted that it was difficult to give a timeline of Sri Lanka’s economic recovery that, he said, was contingent on the success of the measures taken by the government.

Much of Colombo’s initiatives so far have been about tapping external help from bilateral partners and multilateral lenders. India has already extended credit lines worth $700 million so far for fuel imports —as part of the total $3.5 billion assistance extended so far since January — and delivered over 5 lakh MT of fuel, including the latest shipment of 40,000 tonnes of petrol that reached Colombo on Monday. Meanwhile, the government is also considering various options to expand Sri Lanka’s domestic energy sector, including with foreign investment. Minister of Power and Energy Kanchana Wijesekera on Tuesday announced plans to advertise plots for studies on oil exploration in the Mannar Basin, where Cairn India was earlier involved in exploration.

Australians’ fears of being invaded by China are twice as high...