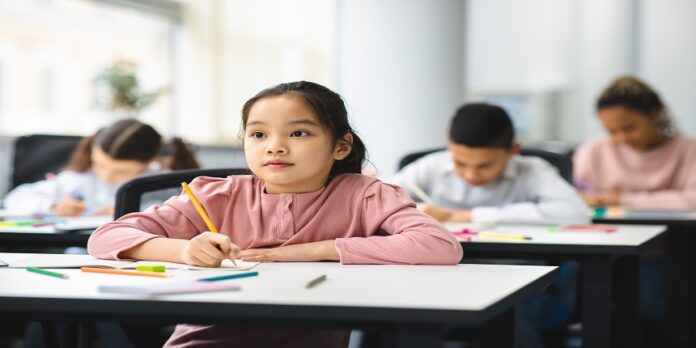 Singapore: Hindi and French are the most popular foreign languages among Japanese students at the Global Indian International School (GIIS) campuses in Tokyo, according to Atul Temurnikar, a prominent member of the education industry.

Temurnikar, the Co-Founder and Chairman of the Global Schools Foundation in Singapore which operates GIIS campuses in six countries, said that Japanese students also seek best of Asian and Western cultures while preserving their own culture.

Cultural learning allows Japanese and expat students to learn and experience strengths about different cultures, he said, giving an insight into language learning curriculum at the GIIS which has 15,000 Students in 16 campuses.

He expressed his views on how Hindi, which is studied in Tokyo, has become a shared cultural identity for many people from the subcontinent who are part of the 30 million Indian diaspora around the world.

Temurnikar was sharing the experience of a GIIS grade V Japanese student who amazed Prime Minister Narendra Modi during his meeting with people on a two-day visit to Japan earlier this week.

Ritsuki Kobayashi spoke in Hindi with Prime Minister Modi and asked for his autograph on his drawing which had descriptions in Hindi, Japanese and English. The Prime Minister obliged with a smile.

Temurnikar said that Hindi is a popular language choice among Japanese students and is offered from Grade 1 to 10 in both curriculums, Central Board of Secondary Education and Cambridge IGCSE.

He underlined the linguistic diversity of Japanese students, pointing out that the Indian-Japanese people-to-people relationships goes back to nearly a century.

The GIIS Tokyo has students from 19 nationalities with Japanese being the largest cohort. Its students learn over 10 languages, including Hindi, French, Japanese, Sanskrit, Mandarin, Arabic and Tamil.

Every student is nurtured to be a Global Citizen and students experience widest language diversity with over 10 languages to choose from, he said, elaborating on language learning curriculum at the GIIS run by the Singapore-based Global Schools Foundation which has over seven international schools under its aegis.