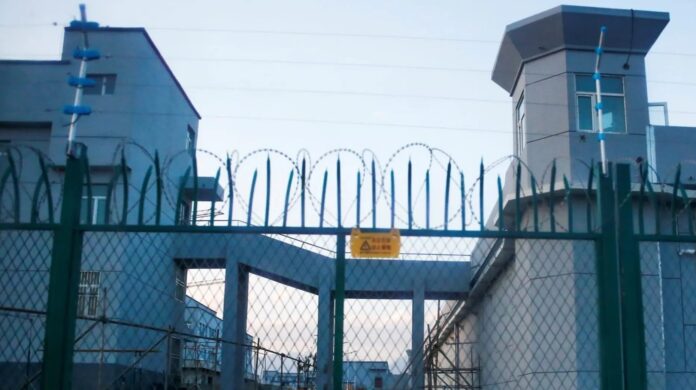 The U.K. and Germany condemned China and called for investigations after leaked documents revealed more details of China’s ongoing genocide against Uyghur Muslims in Xinjiang on Tuesday.

The Chinese Communist Party (CCP) has long claimed its “re-education camps” are voluntary and work only to stamp out extremism, but the leaked documents and photos show the camps are far from voluntary. The text of one 2017 speech from a high-level CCP official revealed a shoot-to-kill order for anyone attempting escape, according to a public database of the documents published by the Victims of Communist Memorial Foundation (VOC).

“If we all fulfill our duty, Xinjiang will be stabilized,” former Xinjiang secretary Chen Quanguo said in a 2017 speech, according to a translated copy provided by VOC. “If they run, just kill them. There will be no problem, because we have already authorized this a long time ago,”

The hacked documents were reportedly taken from CCP databases and sent anonymously to news outlets and activists.

U.K. Foreign Minister Liz Truss said the documents only add to the already overwhelming evidence of Chinese abuses in the region.

“New evidence shows the extraordinary scale of China’s targeting of Uyghur Muslims and other ethnic minorities, including forced labor, severe restrictions on freedom of religion, the separation of parents from their children, forced birth control, and mass incarceration,” Truss wrote in a statement.

“The UK stands with our international partners in calling out China’s appalling persecution of Uyghur Muslims and other minorities. We remain committed to holding China to account,” she added.

The U.S. State Department has yet to respond to the leaked documents, and White House press secretary Karine Jean-Pierre did not immediately respond to a request for comment from Fox News Digital.

United Nations human rights high commissioner Michelle Bachelet embarked on her own trip to Xinjiang on Monday, but Chinese authorities have used COVID-19 restriction to cripple the mission. Bachelet has agreed to stay within a “closed loop” of individuals pre-determined by the CCP during her trip.

The State Department condemned both China and Bachelet for their handling of the trip on Friday, saying the commissioner should not have consented to such a restricted trip.

Sri Lanka is counting on more help from India till the cheque from the...

China a ‘glaring example’ of religious repression, US says