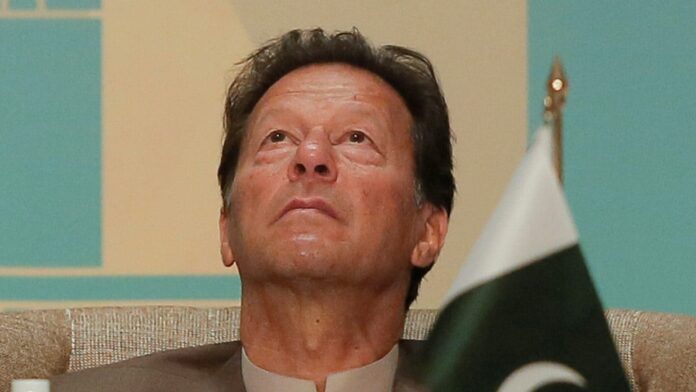 Indian Finance Minister Nirmala Sitharaman announced a cut in excise duty on petrol by ₹8 per litre, and ₹6 per litre on diesel.

Former Pakistan Prime Minister Imran Khan heaped praise on India for buying discounted oil from Russia despite “pressure from the US”, saying his government was also working to achieve the same with the help of an independent foreign policy. He lashed out at the Pakistan Muslim League (N)-led government for “running around like a headless chicken with the economy in a tailspin.”

“Despite being part of the Quad, India sustained pressure from the US and bought discounted Russian oil to provide relief to the masses. This is what our govt was working to achieve with the help of an independent foreign policy,” the Pakistan Tehreek-e-Insaf (PTI) leader wrote on Twitter while sharing information about the Indian government’s decision to cut fuel prices.

On Saturday, the price of petrol in India was slashed by ₹9.5 per litre and diesel by ₹7 per litre after the central government cut excise duty on fuel.

India’s imports of Russian oil have soared at a time when Western countries have imposed crippling sanctions on Moscow since the invasion of Ukraine, prompting many oil importers to shun trade with Russia. According to a Reuters report, India ramped up its purchase of discounted oil from Russia to fight inflation, taking the country’s crude oil imports in April to the highest in three and a half years.

Khan said that his government wanted to take similar action to provide relief to the masses but “Mir Jafars & Mir Sadiqs bowed to external pressure forcing a regime change”, referring to the historical figures who allegedly betrayed their leader.

“For our govt, Pakistan’s interest was supreme but unfortunately the local Mi Jafars & Mir Sadiqs bowed to external pressure forcing a regime change, and are now running around like a headless chicken with the economy in a tailspin,” the former PM tweeted.

WHO Meet Refuses to Admit Taiwan Amid China Pressure