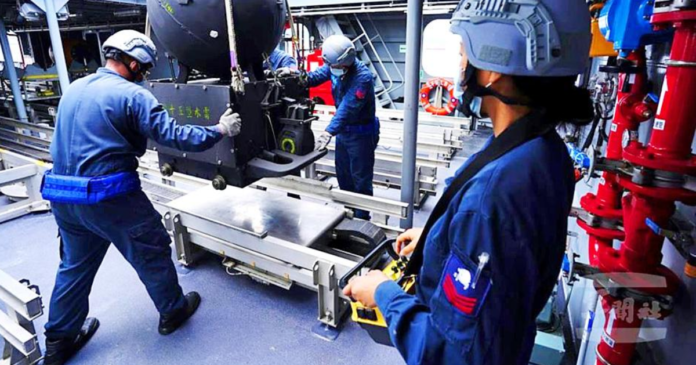 Taiwan on Tuesday said that China’s claim of Sovereignty over the Taiwan Strait is false and the only waters over which any country has full sovereignty are its 12-nautical mile territorial waters.

Taiwan will continue to work with like-minded countries to jointly uphold rule-based international orders and promote peace and stability in the Indo-Pacific region, she added.

She reiterated that Taiwan Strait consists of international waters, except for areas that can be defined as territorial waters.

“Our government has always respected any activities conducted by foreign vessels in the Taiwan Strait that are allowed by international law. We understand and support the freedom of navigation operations conducted by the US as these operations promote peace and stability in the region,” Ou added.

Ou’s comments come as a response to her Chinese counterpart, Wang Wenbin, who claimed on Monday that waterway fell within China’s territorial waters and exclusive economic zone as defined by the United Nations Convention on the Law of the Sea (UNCLOS) and domestic law, Focus Taiwan reported.

Wang denied the US claims that the channel should be treated as international waters and said that Beijing has sovereign and administrative rights to the Taiwan Strait.

“China enjoys sovereign rights and jurisdiction over the Taiwan Strait while respecting the legitimate rights of other countries in the relevant maritime areas.”

According to UNCLOS, countries can claim an area 12 nautical miles (22 kilometers) from the coast as their territorial seas, where they have full sovereignty. They can also claim waters up to 200 nautical miles from the coast as an EEZ, where they have a sovereign right to the water column and sea floor as well as resources, but other countries still have the right to sail through or fly over the waters, Focus Taiwan reported.

Though UNCLOS does not define international waters, it does define the High seas as referring to waters that are beyond the territorial sea or to areas outside EEZs that do not belong to any state’s jurisdiction.

Most of the Taiwan Strait is less than 200 nautical miles wide, resulting in overlapping EEZ claims in the waterway by Taiwan and China, Focus Taiwan reported.

N. Korea says it will never give up nukes to counter...

US Commander Urges Action Against China For Military Drills Around Taiwan