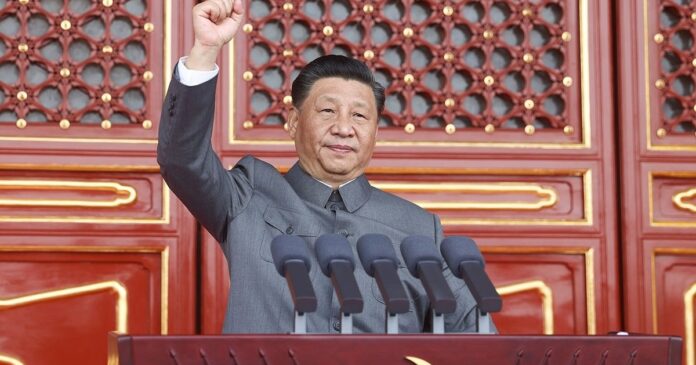 Day after an audio clip of top Chinese military officials were purportedly heard discussing the Taiwan invasion, US President Joe Biden has warned Beijing against what he calls ‘flirting with danger’. Biden, who is currently in Tokyo ahead of Tuesday’s Quad summit, said his country would defend Taiwan militarily if China invaded the self-ruling island.

“That’s the commitment we made. We agreed with the One China policy, we signed on to it… but the idea that it can be taken by force is just not appropriate,” Biden said.

A viral audio clip tweeted by Jennifer Zeng, China-born human rights activist has created ripples in Beijing. The 57-minute leaked clip posted by a YouTube channel LUDE media is the first ever recording of a Chinese military brass huddle in the country’s history.

The YouTube channel has claimed that the recording was leaked by senior officials of Communist Party of China who want to expose Xi Jinping’s military plan on Taiwan. The audio clip features purported conversations between the CPC and the PLA on implementing the roadmap of the ‘normal to war transition’ plan by the top leadership.

While there is no response to this viral audio, there is a possibility that the audio has been sourced through Taiwan. Although the audio of the meeting reflects presentations normally made in China, it still remains unverified but has been examined for its contents by security agencies all over the world.

The audio clip suggests that among those present at the high-level meeting include Guangdong’s party secretary, deputy secretary, governor and the vice governor.

The meeting most importantly discussed on ‘smashing Taiwan independence forces and not hesitating to start a war, resolutely defending national sovereignty and territorial integrity’, a major strategic decision of Chinese president Xi Jinping.

During the meeting, it was recommended opening a joint civilian-military command, plan-deploy-organise the province’s normal to war transition.

The officials present at the top secret meeting reportedly listed companies which have been mobilised to increase the production capabilities to manufacture drones, boats etc.

“We have in total 16 low-orbit satellites, with 0.5 to 10 meters global remote ultra-high optical resolution sensing and imaging capabilities,” officials were heard saying in the clip.

According to the clip, the task given to the Guangdong province by the eastern and southern warzones pertain total 20 categories and 239 materials. It includes 1.40 lakh military personnel, 953 ships, 1,653 units of unmanned equipment, 20 airports and docks, six repair and shipbuilding yards, 14 emergency transfer centres, and resources such as grain depots, hospitals, blood stations, oil depots, gas stations, etc.

Thirdly, the officials present at the meeting quoted the National Defense Commission statement asking the province to coordinate the implementation of the seven types of national level warfare resources, including, mainly, 64 10,000-ton roll-on/roll-off ships, 38 aircraft, 588 train cars and 19 civil facilities including airports and docks, the audio clip claimed.