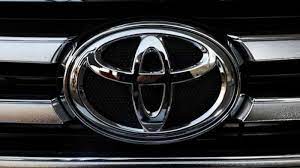 The world’s biggest battery maker Contemporary Amperex Technology Co and Toyota Motor Corp on 17 August announced factory closures as the impact of a drought-induced power crisis in China’s Sichuan province spreads, reported Bloomberg.
Toyota Motor Corp shut a plant in the provincial capital of Chengdu and will keep operations suspended until 20 August, a company spokesperson said. While Contemporary Amperex halted operations at its major lithium battery base in Yibin by the same time.
China’s Sichuan province is highly reliant on hydropower, but the heat wave and drought have pushed up air-conditioning demand and drying up reservoirs behind hydro dams. Sichuan is also a key manufacturing hub and important for the production of materials including polysilicon and lithium that are vital to the energy transition.
Not only Toyota and Contemporary Amperex, but other firms are also facing power shortages. Volkswagen AG on 17 August cited similar reasons, however, said that it was only expecting slight delays in deliveries to customers. Meanwhile, Apple iPads makers Foxconn Technology Co said it was seeing only limited impact from the drought so far.
Though other regions in China are dealing with curtailments on a smaller scale, Sichuan seems to be most affected with power crisis due to its unique reliance on dams for electricity.
Toyota’s spokeswoman Shiori Hashimoto confirmed that the local government instructed factories to suspend activities through 20 August. According to the manufacturer’s website, the Chengdu plant produces about 30,000 vehicles a year, including the Landcruiser Prado.

Australians’ fears of being invaded by China are twice as high as concerns from...

Taiwan-US security and military talks will discuss weapons and strategies to defend island against...

Sri Lanka is counting on more help from India till the...

Dalai Lama says time would come when Ladakhis will be able...

US surpasses China as India’s biggest trading partner in FY22 at...