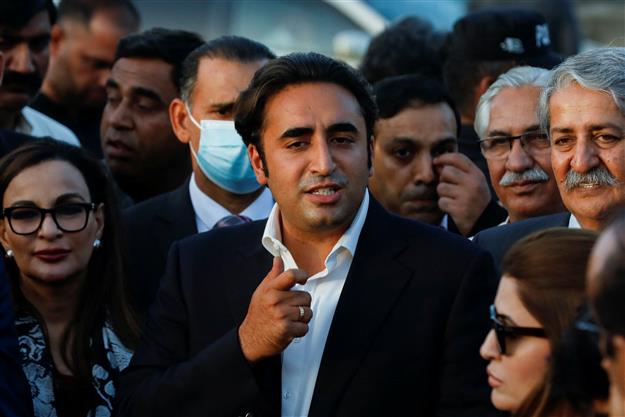 Noting that such provocation had deeply hurt the sentiments of billions of Muslims around the world, the Bilawal urged Shahid to take cognisance of this abhorrent development amidst rising Islamophobia in India, it said.

Referring to the muted response of the Indian leadership to the incident, the foreign minister noted that silence could be taken as complicity, and could lead to further incitement to violence, communal discord and hate incidents, the Foreign Office said.

Abdulla underscored the important role of the General Assembly and the need for the membership to work together on these issues. Bilawal and Abdullah agreed to remain engaged.

India has said that the remarks do not reflect the views of the government.

Ahmed said Foreign Secretary Sohail Mahmood met the envoys of P-5 countries and held a meeting with the OIC Ambassadors in Islamabad to apprise them of the matter and register Pakistan’s strong concern at the sharp increase in Islamophobia and targeting of Muslims in India.

The spokesperson said that contrary to what he called a reprehensible campaign of saffronisation in India, Pakistan, in line with its policy of promoting interfaith harmony issued 163 visas to Sikh pilgrims from India to participate in an annual festival being held in Pakistan from June 8 to June 17.

India has categorically rejected criticism by the 57-member Organisation of Islamic Cooperation (OIC) and Pakistan Prime Minister Shehbaz Sharif over the issue.

MEA Spokesperson Bagchi said India accords the “highest respect” to all religions and described the statement by the grouping as “motivated, misleading and mischievous” and that it exposed its “divisive agenda” which is being pursued at the behest of “vested interests.”

Referring to Sharif’s condemnation of the remarks by Sharma and Jindal, and the Pakistan Foreign Ministry’s criticism, Bagchi said the “absurdity of a serial violator of minority rights commenting on the treatment of minorities in another nation is not lost on anyone.”

He said the government “accords the highest respect to all religions. This is quite unlike Pakistan where fanatics are eulogised and monuments built in their honour”.