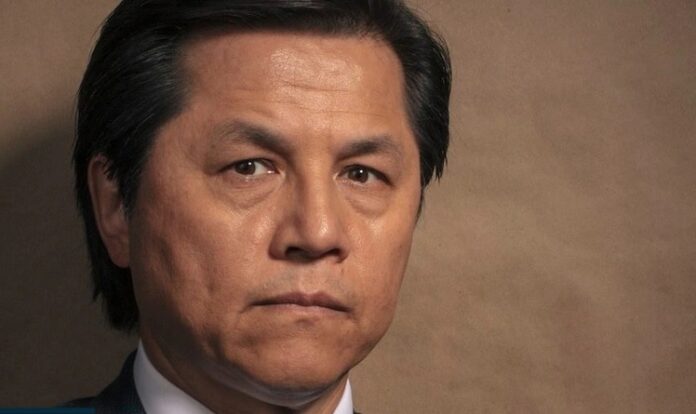 As with Hong Kong and Tibet, Beijing’s control has only become more authoritarian. An incentive to do so was 9/11, which allowed Beijing to claim that their harsh measures against Muslim Uighurs were part of the “war on terror”. But it is in the last decade since Xi Jinping became China’s president, Turkel says, that repression has really accelerated.

Between 2012 and 2015, when travel abroad for Uighurs was still “relatively manageable”, Turkel began hearing “disturbing” stories about people “forced to give blood tests, voice tests, iris scans” – the framework, he says, for a techno-medical monitoring mode. In 2015, police arrived at his parents’ house to cut a medallion off their heads.

In 2016, he heard the first reports of “cranes and construction” of large plants, although their purpose was not clear. The following year came an official “regulation on de-extremization” – subsequently, everything from having an “abnormal” beard to avoiding alcohol could be considered extremist. Widespread house raids followed, and about 17,000 were rounded up in just 10 days. Many of those not transported by were forced to accept government agents who strangely called “homestay brothers and sisters” who lived in their houses and reported on their behavior. The scale of the operation was enormous – according to some estimates, one million such agents spread among the 11 million strong Uighur community.

Estimates suggest that at least 10,000 mosques were destroyed or damaged, and more than 1,000 imams were arrested. Soon, however, news of the camp system began to leak out. In October 2018, then-Vice President Mike Pence gave a speech in which he openly condemned the camp system. A year later, the United States imposed sanctions on China for human rights violations in Xinjiang. And just over a year after that, in the wake of a report on forced sterilizations, Trump’s White House officially condemned what happened as “genocide.”

In a fiercely polarized America, the issue unites Republicans and Democrats. Recently, Turkel accompanied Ziba Murat, an American Uighur whose mother, Gulshan Abbas, is imprisoned in China, to meet President Biden. “He froze when he heard her story,” Turkel says. “He probably never expected to meet an American who has a family member in a concentration camp.”

Turkel is very aware of what the West’s response should be – hitting Beijing’s wallet and its reputation: “Public perception and economic interests – that’s the language the regime understands.” He believes that consumer and business activism, as we have seen in Russia, is crucial. Xinjiang produces about 20 percent of the world’s cotton, and estimates suggest that more than half a million Uighurs are forced to pick it. America, but not Europe, has banned imports of cotton from Xinjiang, and while many Western companies have vowed not to use it, German researchers claimed earlier this month that they found “unequivocal” evidence of cotton in clothing from Puma, Adidas and Hugo Boss, among other. All three companies refused to buy cotton from forced labor.

Withdrawing from the Chinese market with its 1.4 billion consumers is, of course, a far bigger wrench than withdrawing from Russia. “We have not had one company, one global brand, that said they would stop doing business in China because of China’s ongoing genocide against the Uighurs. None.” Turkel says that the responsibility lies with us, everyday buyers, to force brands to act.

“Consumer activism is necessary,” he insists. “You might think this is going to go away and fix itself. It is not. What we are dealing with is an industrial-scale concentration camp system, a modern, technologically-assisted genocide. Slavery. What part of it does not interest “The people of the free world? What more do they want to see in order to act? I do not understand it. It will never happen again, right now.”

How to Maintain a Healthy Sex Life When Your Wedded

How to Meet Latina Girls Over the internet

Why Do Persons Online Day?

How you can Message a male Online

Where to find a Good Set up Relationship