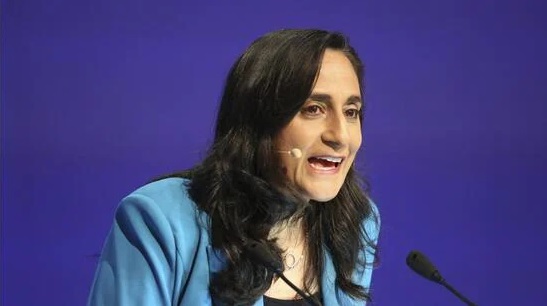 TORONTO: China has shown a “pattern of coercive diplomacy, irresponsible state-backed cyber activity, and theft of international property and sensitive technology”, and such “violations of rules and norms cannot be tolerated”, Canada’s Minister of National Defence Anita Anand has said.

Anand made these comments at the plenary session of the Shangri-La Dialogue in Singapore on Sunday. A release from the Ministry of Defence on Monday said that during this session “she outlined the threat environment, including Russia’s challenge to the rules-based international order and China’s increasingly assertive behaviour in the region and beyond”.

“Through closer defence relationships, enhanced multilateral partnerships, and a comprehensive, new Indo-Pacific Strategy, Canada will continue working to uphold the rules-based international order in the Indo-Pacific region,” she was quoted as saying in the release.

The release also noted that Canada will deploy two frigates in the region after they participate in the multilateral biennial Rim of the Pacific (RIMPAC) exercise, hosted by the United States from June 29 to August 4. This will be the 28th iteration of the exercise, following a 2020 version abbreviated due to the arrival of the Covid-19 pandemic.

As many as 26 nations, including India, 38 surface ships, four submarines, nine national land forces, more than 170 aircraft and approximately 25,000 personnel will participate in the exercise. China participated in RIMPAC in 2014 and 2016 but was disinvited in 2018 over militarisation of South China Sea islands.

The release said she “announced that HMCS (Her Majesty’s Canadian Ship) Winnipeg and HMCS Vancouver, along with their embarked helicopter detachments, will depart for RIMPAC, the world’s largest naval exercise in the coming days and then begin a deployment in the Indo-Pacific region”.

Anand, who is of Indian heritage, described Canada’s contributions to the region as “meaningful” and “growing” and pointed to the fact that she has roots there.

She also “highlighted Canada’s commitment to building a free, open, and inclusive Indo-Pacific, including under the forthcoming Indo-Pacific Strategy, to further guide Canadian engagement in the region, and emphasised Canada’s aim to diversify and increase its supportive presence in the region from a defence perspective”.

Methods to Have Missionary Sex

Tips on how to Impress Your Latin Wife

Getting to grips with Online Hookup Sites

The Stats of Online Meeting up