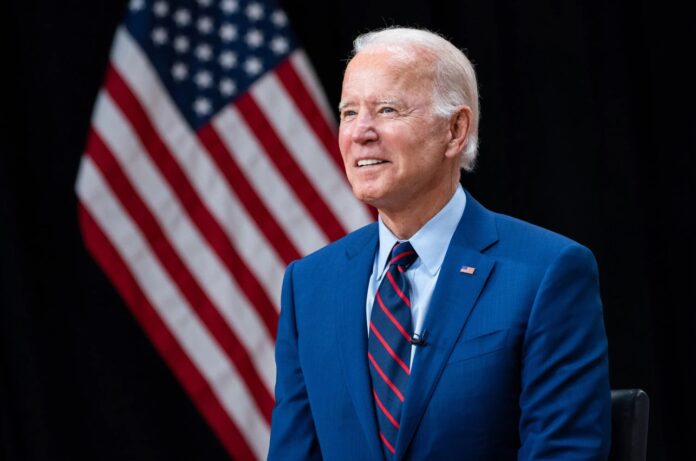 Tokyo — President Biden said Monday the U.S. would intervene militarily if China were to invade Taiwan, in one of the most forceful and overt statements of American government support for Taiwan in decades. Mr. Biden said the burden to protect the self-ruled island was “even stronger” after Russia’s invasion of Ukraine.

Speaking at a joint news conference in Tokyo with Japanese Prime Minister Fumio Kishida, Mr. Biden was asked by CBS News correspondent Nancy Cordes, “Are you willing to get involved militarily to defend Taiwan if it comes to that?”

Cordes followed up by asking, “You are?”

“That’s the commitment we made,” Mr. Biden said. “We agree with a ‘One China’ policy. We signed onto it and all the attendant agreements made from there. But the idea that it [Taiwan] could be taken by force, just taken by force, it’s just not — it’s just not appropriate. It’ll dislocate the entire region and be another action similar to what happened in Ukraine. And so it’s a burden that is even stronger.”

The president then said U.S. “policy towards Taiwan has not changed at all,” stressing his government’s commitment to “the peace and stability across the Taiwan Strait, and ensuring that there’s no unilateral change to the status quo.”

Mr. Biden said it was his “expectation” that China would not try to seize control of Taiwan by force, but he added that “a lot of it depends upon just how strong the world makes clear that that kind of action is going to result in long term disapprobation by the rest of the [international] community.”

The president said Beijing was “flirting with danger” with recent military flights close to Taiwan.

Beijing was quick to respond, with Foreign Ministry spokesman Wang Wenbin warning: “No one should underestimate the firm resolve, staunch will and strong ability of the Chinese people in defending national sovereignty and territorial integrity,” according to French news agency AFP.

It was the second time within a year that Mr. Biden has left people questioning his administration’s stance on the long-held, unofficial U.S. government policy of “strategic ambiguity” on Taiwan. In October 2021, after being asked during a CNN Town Hall in Maryland whether the U.S. would defend Taiwan in the face of an attack by China, he said: “Yes, we have a commitment.”

Soon after he made the remarks the White House released a statement insisting, as Mr. Biden did after his comments in Tokyo on Monday, that there had been no change in official U.S. policy on Taiwan.

President Biden speaking during a joint news conference with Japanese Prime Minister Fumio Kishida after their meeting at the Akasaka Palace in Tokyo on May 23, 2022.

Under the “One China” policy the U.S. recognizes Beijing as the government of all of China and doesn’t have engage in official diplomatic relations with Taiwan. However, Washington maintains unofficial contacts with Taiwan, including a de facto embassy in Taipei, its capital. The U.S. also supplies military equipment for the island’s defense.

Mr. Biden also said on Monday that Russia “has to pay a long-term price” for its “barbarism in Ukraine” in the form of sanctions on Moscow from the U.S. and its allies.

He said Russian President Vladimir Putin was trying to eliminate “the identity of Ukraine” since he “can’t occupy it.”

The president said if “the sanctions are not continued to be sustained in many ways, then what signal does that send to China about the cost of attempting to take Taiwan by force?”

The U.S. has steadfastly refused to get directly involved in the Ukraine war, instead supplying military and economic aid to the war-torn nation.

When asked if a recession is inevitable in the U.S., Mr. Biden replied simply, “No.”

He acknowledged the American economy has “problems,” but said it was better positioned than other countries.

Mr. Biden acknowledged the impact that severe supply shortages and high energy prices are having on U.S. families. He said his administration was working to ease the pain for U.S. consumers, but said immediate solutions were unlikely.

The comments came just before his planned launch of the Indo-Pacific Economic Framework (IPEF), a new trade deal his administration designed to signal U.S. dedication to the contested economic sphere and to address the need for stability in commerce after disruptions caused by the pandemic and Russia’s invasion of Ukraine.

Mr. Biden said the new framework would also increase U.S. cooperation with other nations in the region.

Observers say IPEF is part of a broader U.S. effort to reassert its influence in the region and counter China’s.

The White House said the framework will help the United States and Asian economies work more closely on issues including supply chains, digital trade, clean energy, worker protections and anticorruption efforts. The details still need to be negotiated among the member countries, making it difficult for the administration to say how this agreement would fulfil the promise of helping U.S. workers and businesses while also meeting global needs.

Critics say the framework has gaping shortcomings. It doesn’t offer incentives to prospective partners by lowering tariffs or provide signatories with greater access to U.S. markets. Those limitations may not make the U.S. framework an attractive alternative to the Trans-Pacific Partnership, which still moved forward after the U.S. bailed out. China, the largest trading partner for many in the region, is also seeking to join TPP. Beijing called the current proposed structure a “clique.”

On another matter, he sought to calm concerns about recent cases of monkeypox that have been identified in Europe and the United States, saying he didn’t see the need to institute strict quarantine measures.

Speaking in Tokyo a day after he said the virus was something “to be concerned about,” the president said, “I just don’t think it rises to the level of the kind of concern that existed with COVID-19.”

Monkeypox is rarely identified outside of Africa. But as of Friday, there were 80 confirmed cases worldwide, including at least two in the United States and another 50 suspected ones. On Sunday, one presumptive case of monkeypox was being investigated in Broward County in South Florida, which state health officials said appeared to be related to international travel.

Although the disease belongs to the same virus family as smallpox, its symptoms are milder. People usually recover within two to four weeks without needing to be hospitalized, but the disease occasionally is deadly.

Mr. Biden said the smallpox vaccine works for monkeypox. Asked whether the U.S. has enough stockpile of that vaccine to handle the monkeypox spread, he replied, “I think we do have enough to deal with the likelihood of a problem.”

Japan and the U.N.

If approved by the world body, Japan would join the U.S., Britain, China, France, Russia, and the U.S. as permanent members.

Marital relationship Advice — How to Maintain your Marriage Strong

How you can Have Car Sex