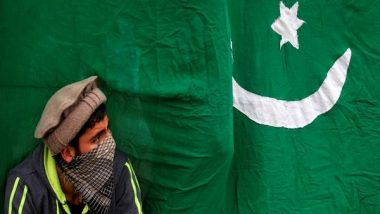 While noting the increasing violence against the Ahmadiyya community and the Punjab incident, the Human Rights Commission of Pakistan (HRCP) demanded that the perpetrators must be held accountable, reported The News International.

Dawn newspaper quoting a police officer reported that Naseer Ahmad and his brother Munir were going shopping in the morning when an unidentified man, who was standing at the Chenabnagar bus stand, stopped them and asked them questions about their religion.

Police said that the suspect pulled out a dagger from his bag and attacked Ahmad. He died on the spot.

Police said the locals gathered and nabbed the suspect who tried to flee, and handed him over to the law enforcers.

The deceased, who belonged to Darul Rehmat Sharqi near Chenabnagar (Rabwah), has left behind a widow and three daughters to mourn. Victim’s brother Munir told Dawn that the suspect had attacked them on religious grounds and was chanting slogans in favour of the Tehreek-i-Labbaik Pakistan (TLP). He said the suspect also raised slogans eulogising TLP founder, the late Khadim Hussain Rizvi.

In another such tragic incident in Sahiwal, a man from the same community was assaulted reportedly because the panel outside his home commemorating his soldier father read ‘shaheed’.

Successive Pakistani governments have failed to protect the human rights and security of the Ahmadiyya community. The penal code explicitly discriminates against religious minorities and targets Ahmadis by prohibiting them from “indirectly or directly posing as a Muslim.” Ahmadis are banned from declaring or propagating their faith publicly, building mosques, or making the Muslim call for prayer.

The issue of persecution of the Ahmadiyya community surfaced again in Pakistan’s Punjab province after Pakistan Muslim League-Quaid (PML-Q) Punjab Vice President Malik Ilyas Awan’s called to have them evicted from Khushab and their security withdrawn on the grounds that they should be restricted to Chenab Nagar.

Awan on July 30 wrote an application to the Deputy Commissioner of Khushab wherein he wrote that security to Qadianis/Ahmadiyyas is a mockery of the Pakistan Constitution, which must be stopped, local media reported.

“It is requested that Qadianis cannot worship freely in the Islamic state of Pakistan. During Bhutto Shaheed’s government, an area in Chenab Nagar had been allocated for a particular period under an agreement. They cannot do worship outside this area,” he wrote.

Pakistan is more phobic of the Ahmadiyya sect and its interpretation of Islam than most other nations where the community is present.

“The ghettoisation of this long-persecuted community must cease. No authority has the right to dictate where any citizen chooses to live,” HRCP had said.

The HRCP further stressed that no authority has the right to dictate where any citizen chooses to live.

“The state is under a constitutional responsibility to protect the Ahmadiyya community’s right to life, to live where they choose and to profess their faith safely,” added HRCP.

It also raised concern over the incitement to violence implicit in the PML-Q leader’s demand. The Ahmadi community faces persecution in Pakistan in the form of hate crimes and mob violence and their schools, mosques and public events like wedding parties are usual targets.

These incidents are further aided by institutional apathy which prevents any action against the attackers, reported JustEarth news. They remain the most vulnerable prey of Pakistan’s violent blasphemy laws, with at least 13 Ahmadis killed and 40 wounded since 2017 owing to their identity.

The members of the Ahmadi community are not spared persecution even in their death as there are an increasing number of cases of their graves being dug up and desecrated. (ANI)

Coronavirus: China’s economic slowdown looks like a ‘lifetime of debt’ for some citizens