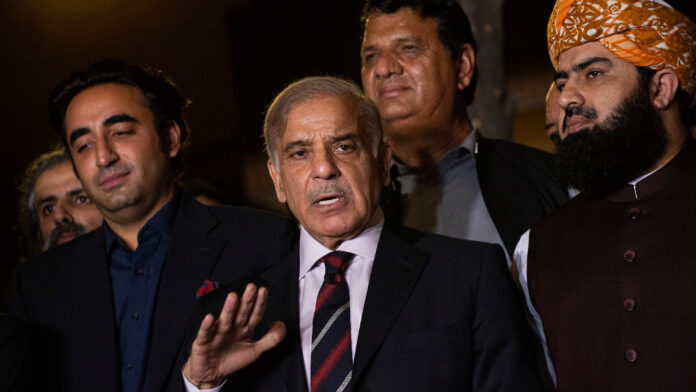 Islamabad: Pakistan and China are “two brothers” who nurtured the evergreen tree of mutual friendship over the years, Prime Minister Shehbaz Sharif said on Saturday as he congratulated Chinese President Xi Jinping on the 71st anniversary of the establishment of the diplomatic relations between the two nations.

In his message on the occasion, Sharif also paid rich tributes to the leaders and peoples of both the countries, who made efforts to transform this unmatched friendship into a cooperative strategic partnership and an iron bond.

“China and Pakistan are the names of two brothers,” he said, adding that the “leadership and peoples of the two countries have nurtured this evergreen tree of friendship over the past 71 years”.

Sharif noted that no untoward incident, storm in global politics or jealousy could make any dent to this iron bond.

Asserting that the China-Pakistan Economic Corridor (CPEC) provides a strong foundation to economic cooperation, poverty alleviation and connectivity not only for the two countries but for other countries of the region as well, Sharif said the “project is a symbol and guarantee of bright future of the next generations .

He resolved to take this economic bond, cooperation and mutual trust of two iron brothers to new heights.

The ambitious USD 60 billion CPEC is a 3,000-km long route of infrastructure projects connecting China’s northwest Xinjiang Uyghur Autonomous Region and the Gwadar Port in the western Pakistan province of Balochistan. India has protested to China over the CPEC as it is being laid through Pakistan-occupied Kashmir (PoK).

Paying tributes to the three Chinese scholars killed in the terrorist attack at the Karachi University last month, Sharif reaffirmed Pakistan’s firm resolve to hold thorough investigation into the incident and bring the perpetrators to justice.

To mark the 71st anniversary of the establishment of diplomatic ties, Chinese Foreign Minister Wang Yi has extended a special invitation to his new Pakistani counterpart Bilawal Bhutto Zardari to visit China from Saturday and review the entire gamut of bilateral relations.

China joins India, others in seeking dismantling of terror camps in Afghanistan, region