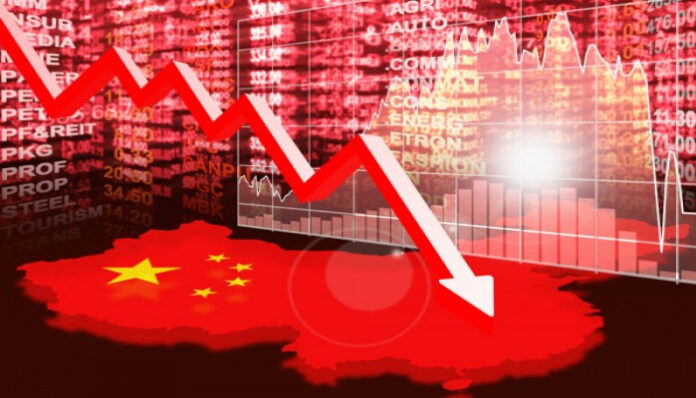 China’s home buyers have refused to pay mortgages. Its factories are exporting less. Its people are consuming less. Its major firms are delisted from the New York Stock Exchange. There is a rate cut out of the blue. The indicators in July were worse than in the April-June quarter. China is panicking at many levels. It does not need great insight to predict that China is ailing. The question is what are its ailments and will they lead to a permanent decline or not.

In 2012, China was clocking impressive growth rates. It was the second largest economy. However, it was also showing signs of slowing down. A joint study titled China 2030, Building a Modern Harmonious and Creative Society. was carried out by the World Bank and Development Research Centre of the State Council of PRC. This illuminative study identified China’s problems and offered solutions. Most importantly it had China’s acceptance stamp. It was coincidental with Xi Jinping assuming power in 2013. China’s strengths were identified as – high savings, increasingly plentiful skilled labour, and potential for further urbanization. Its opportunity was in continued globalization and promising new technologies.

A six-point strategy was outlined. First, implement structural reforms to strengthen the foundations for a market-based economy.  Second, accelerate the pace of innovation and create an open innovation system.  Third, seize the opportunity to “go green”.  Fourth, expand opportunities and promote social security for all.  Fifth, strengthen the fiscal system. Sixth, seek mutually beneficial relations with the world. If the recommendations of this report were implemented even in part, China would have been a superpower by now.

A decade since this study, China is ailing. However, China will not fail or collapse dramatically. China will remain the second largest economy for a long time to come. A billion plus people cannot be wished away. Understanding China’s ailments will indicate the extent of its decline. In turn, it will tell us how it affects the larger world and India. It is only then that we will be able to handle what is coming ahead.

Xi Jinping is a dyed-in-the-wool communist of the Mao-Marx lineage. He has three ambitions – Be recognised as the greatest of all Chinese leaders – Make China an unquestioned superpower – Perpetuate communist rule in China. His vision to achieve the Chinese Dream means complete state control, development of hard military power backed by strong economic power, and dominating the new type of great power relations, which will lead to the establishment of a Sino-centric global order. Excessive economic liberalization, ever-growing and unbalanced material culture and wide inequity are to be jettisoned eventually.

In this paradigm, Xi Jinping has yanked hard left and is making China a command economy. Large powerful state enterprises have taken precedence over a once vibrant private sector. “Sinification of Marxism”, “anti-corruption campaign”, “common prosperity” “victory over covid” “a new model of win–win cooperation” “greatest military on earth” “strong military in a new era” “dual circulation” “revenge on the century of humiliation” have become the watchwords of Xi’s rule. As Xi heads into his third term he will deepen state control against the World Bank recommendation of “strengthening the foundations for a market-based economy” or “seek mutually beneficial relations with the world”. Xi is China’s fundamental ailment. His model will ensure that China will decline and be at odds with the world at large. An ailing China under Xi will never fulfill the potential it once had.

China is undergoing the fastest demographic decline in human history irreversibly.  A demographic transition that took 126 years in France, 46 years in the UK, 40 years in Germany and 24 years in Japan is happening in 21 years or less in China. The magnitude of the problem China faces today with a shrinking population, low birth rates, rapid aging, high dependency ratios, fewer marriages, higher divorces, growing gender imbalances, and a shrinking labour force, has crystalised at least half a decade earlier than expected. It will result in wage increases, lesser productivity, a shrinking tax base and lesser profits.  That is already visible. It also translates into a lesser and different pattern of consumption.

Shrinking population means reduced demand for infrastructure and real estate investment. An aging society and urbanisation also reduce the availability of farmers to bring up the issue of food security. China is not yet rich enough to afford a rapidly ageing population. It does not have adequate pension funds, social safety net or an adequate health care system. The Chinese economy will inevitably shrink.

The changing demography has widespread societal implications due to unmet “challenges of quality and efficiency in health services, and in social security programs”. This was foreseen but neglected. Currently, there is no serious attempt visible in the public domain to face or cure this problem except pronounce an unimplementable ‘Three Child Policy’. There are also rumours that the Chinese population has already dipped. Even if partially true, the decline has already commenced.

The Wuhan virus is entering endemicity. It will infect most of us at some point. It remains disruptive and severe in high-risk populations like China. Those not vaccinated or vaccinated by dodgy Chinese vaccines will get sick. While Chinese vaccines prevent serious illnesses they do not provide full protection. While most countries gave priority to the elderly to get vaccinated, in China, the focus was on vaccinating the younger population. The reason is that the Chinese didn’t carry out adequate clinical trials on the elderly. There is also a huge vaccine hesitancy amongst the elderly in China.

In this environment, Xi Jinping is set on avoiding fatalities. Hence, he can’t dilute or exit the zero covid policy. Having declared victory over the virus, living permanently with Covid is politically not acceptable.  Millions could die and chaos would ensue if China abandons zero covid. Hence, at any given time these days, up to 25% of China is under lockdown. Extended and sporadic lockdowns have a negative multiplier effect on locking up the economy. This is a typical catch 22 situation where a health problem has been converted into a political problem and is resulting in an economic blowback. Unlike other countries that have burnt through the Virus in one go, China is slowly burning from both ends. The overall effect will tamp down China politically, diplomatically and economically for at least up to late 2023 or early 2024.  As China is physically ailing, the virus is forcing a steep decline! When the Xi and the virus wean off, aging will take over to sustain the decline.

Three major drivers of the Chinese economy are BRI, real estate and big tech. Initially, BRI was a geopolitical and economic masterstroke. It garnered international influence while diverting excess infrastructure and financial capacity. Low-income, politically unstable countries, welcomed the loan-debt-growth model of China. Inadequate diligence, imprudent loans, covid, corruption and expectation mismatches led to delays or BRI infrastructure being at odds with societal necessities. Returns on Chinese investment tanked. Nations in economic distress fell into the Chinese debt trap. Many cannot repay loans and China is left saddled with bad loans. BRI has come to a standstill in many nations. China’s big banks are in trouble.

The ‘once shining’ real estate sector constitutes 30% of the Chinese economy. Today China has empty houses for more than 90 million people. Housing prices are declining for the past 11 months. Flats remain unbuilt or unsold. Builders are in default. Local governments are under stress. Small banks are failing. People are refusing to pay mortgages in a rare sign of civil unrest. The dynamic and high-growth education and technology icons could have kept the bubble going. However, they have been dismantled under “common prosperity” since they threatened communist control over the people. “An open innovation system” has been shut.

Currently, unemployment is unprecedentedly high in China. Revival of these sectors which were the cornerstones of Chinese growth seems impossible. As per international estimates, China is expected to grow ‘at the most 2% if there is a dramatic rebound in the second half of 2022, and a recession or economic contraction for the full year is becoming increasingly probable’. Chinese debt has grown from 141% of GDP in 2008 to 275% of GDP in 2022. The debt bubble is straining the fiscal system. If it bursts it will collapse. Controlled deflation of the bubble means economic contraction. A real ailment either way!

To all these main ailments there are many contributory ailments that afflict China. Xi Jinping’s aim of having the most modern and strongest military on earth is a Soviet-style costly hobby. A slowing economy makes it an unaffordable deadweight. China’s aggression to militarise South China Sea islands despite promises not to do so, usurping Hong Kong three decades ahead of time in violation of an international treaty, picking a fight with India and ‘wolf warrior’ behaviour during Covid cemented intense distrust of China.  It marked the start of de-globalisation instead of “seeking mutually beneficial relations with the world”.

Currently, China is an isolated economy. Also, it is now clearly established that China has some basic technological shortcomings. Its shortcomings in semi-conductor technology are known. It lacks the technology to produce agricultural seeds. This threatens food security and gets reiterated periodically by none other than Xi Jinping. It also lacks engine technology for many military platforms. Its vaccines have been proven as substandard.

All this is compounded by the fact that China suffers water, resource and energy deficiency. Power cuts and shortages have occurred consecutively for two years now. There is an exodus of foreign talent and many companies apprehend continuing in China.  Any ailment in isolation is a deadweight. All ailments put together, reinforce each other and propel a decline. Any recovery will be only partial.

The answer to some Chinese ailments is fundamental structural change as recommended by the World Bank Study. However political indications from China are that Xi will continue with the old playbook of growth through debt-financed infrastructure and real estate investment. This short-term fix will only hasten the decline in the long run. Hence an ailing China is consigned to decline. However, as its economic influence wanes, Chinese militarism and diplomacy will push it towards geopolitical wrangling. That is already on display across Taiwan Straits and the LAC. It is dangerous to India and the world.

Disclaimer: The opinions expressed within this article are the personal opinions of the author. MyIndMakers is not responsible for the accuracy, completeness, suitability, or validity of any information on this article. All information is provided on an as-is basis. The information, facts or opinions appearing in the article do not reflect the views of MyindMakers and it does not assume any responsibility or liability for the same.

Online dating a Foreigner On the web

So why Do Persons Online Night out?

Signs and symptoms That He Wants a Relationship

The Sugar Standard of living