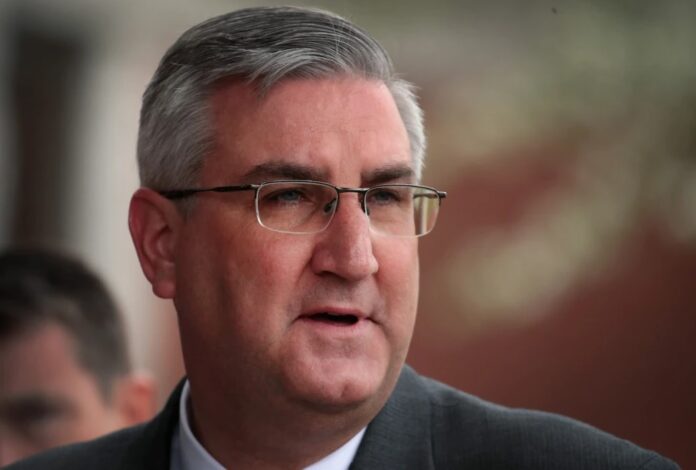 Holcomb’s delegation follows in the footsteps of U.S. House Speaker Nancy Pelosi, who courted Beijing’s fury at the beginning of August, as well as a group of U.S. lawmakers led by Sen. Ed Markey later in the month.

In a statement, Holcomb’s office said the trip was focused on economic development. It comes at an opportune time, as the passing of the CHIPS and Science Act drives U.S. leaders to build deeper ties with Taiwan, the world leader in semiconductor manufacturing. That relationship is set to grow at the federal level too. Last week, the Office of the U.S. Trade Representative announced a fresh round of trade talks, which are expected to begin in the fall.

The bolstering of ties with the democratically ruled island is sure to anger Beijing, which claims Taiwan as its own. It also comes as Washington fears Beijing could take Taiwan by force. It’s not a universal assumption, especially as Chinese President Xi Jinping has plenty on his plate between retaining power and jump-starting a sputtering economy. (FP’s James Palmer explained why it’s still a risky option for Xi in a previous China Brief.)

Whether Taiwan has the ability to defend itself from a mainland assault isn’t something that can be easily proven, but the statistics aren’t promising. As Hilton Yip reported for Foreign Policy this month, Taiwan doesn’t have enough trained pilots to match its advanced fighter jet investments, its conscription program is too short to be effective, and its short-staffed military faces trouble maintaining its full strength.

In keeping with its status as a democracy, its people also have a say in any resource trade-offs. So far, political parties don’t feel the political pressure to change course. As Gerard DiPippo at the Center for Strategic and International Studies has pointed out, while China has spent the last two decades steadily increasing its military budget, Taiwan’s budget has been relatively flat.

Although Washington has been recommending smaller, more agile weaponry to ward off any attack, other forms of preparation are harder to track. As FP’s Amy Mackinnon reported last week, another X-factor, the so-called will to fight, is something U.S. planners are eager to understand—having misjudged it in wars from Vietnam to Iraq to the Russian invasion of Ukraine.

If its previous behavior is any indication, China is expected to announce more military drills in response to today’s delegation, with a display of might both meant as a signal and a rehearsal. As FP columnist Howard French wrote last week, the smartest strategy for Taiwan’s defense isn’t necessarily expensive. More anti-ship mines, mobile weaponry, and agile aircraft like attack helicopters might stand a better chance against a Chinese assault than easier-to-target tanks and airstrip-dependent jets.

The right kind of deterrence methods coupled with “astute politics” could help avoid a war altogether, especially if tensions can be drawn out long enough for Xi, or his successors, to turn to internal problems instead. “The best outcome for Taiwan,” French writes, “may be postponing a reckoning with Beijing as long as possible.”